Statements on the passing of WPSL founder Jerry Zanelli 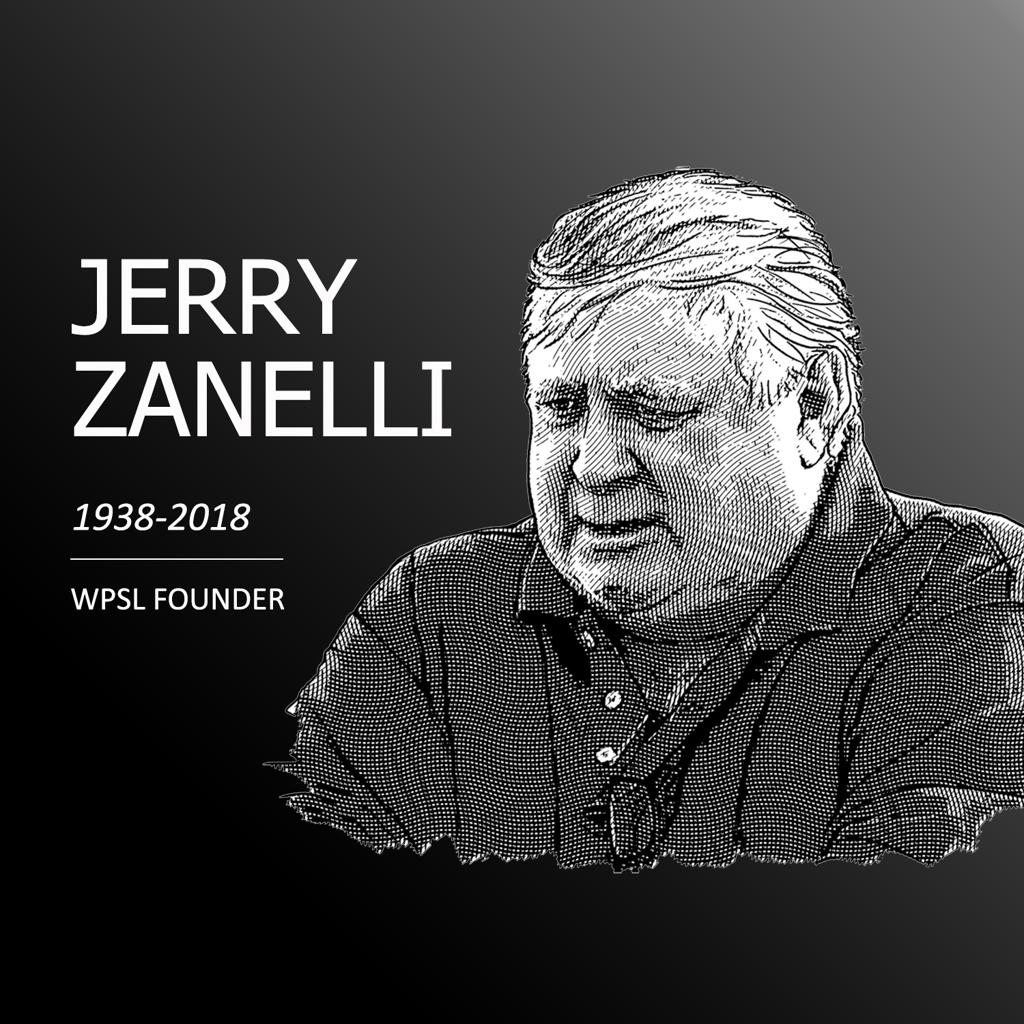 OKLAHOMA CITY – The following statements were released today from influential members of the women’s soccer community that worked closely with WPSL founder and California Storm owner Jerry Zanelli, who died in his Sacramento home Wednesday night.

“I just want to say thank you for all Jerry has done to make women’s soccer a viable option for girls and young women who are very determined to continue their careers once done with college.

“Jerry was a beacon of light in a dark place for so long, not for personal gain but to give opportunity and share the great game. I couldn’t be any more grateful, and U.S. Soccer and fans around the world should praise his name as he helped give many national team players a field and team to play on when options were extremely limited.

“Jerry, you will be missed, especially your halftime diatribes: Hilarious, insightful, wonderful and memorable, but NEVER forgotten, you may rest assured of that. Peace be with you always.”

“I am very saddened to hear of Jerry’s passing. I feel blessed to have known Jerry and to have had the opportunity to learn so much from the man whose vision and persistence has impacted women’s soccer so much.

“Jerry was truly a visionary and is owed a great deal of thanks by all involved in women’s soccer.  We can only hope to honor Jerry by continuing and being great stewards of the league he created to give young women the platform and opportunity to follow their dreams.  Jerry’s wisdom, knowledge, and vision will truly be missed. “

“Jerry has been the leader of women’s soccer in the United States. He worked tirelessly to see that the women in this country had a viable competitive league to continue to play the sport they love. His vision and his understanding of what it took to keep a women's competitive league going was beyond anyone's comprehension.

“There are many females in this country that owe Jerry many thanks for what he has done. I am happy to have him as a friend and happy to have worked alongside him.”

“Jerry was an innovative giant for women’s soccer. He saw the need for an independent women’s league that catered to their needs, first and foremost. He battled every chance he got for equality in women’s soccer.

“He used to tell me you have to voice your opinion, even if it is not the popular one and it makes people uncomfortable. I experienced that firsthand when I traveled with him to multiple soccer conventions, and he was advocating for women’s soccer the moment we would arrive. He was a great man and will be missed by many. I sincerely thank him for having the faith in myself and my partners to build upon what he started 22 years ago.”

“Jerry Zanelli has done more to advance the cause for women’s soccer than most. Besides having a hand in the establishment of the W-League and the NPSL, his drive and no-nonsense approach has resulted in the WPSL being the largest women’s soccer league in the world.

“It was a privilege to work with him as his associate commissioner and even more to call him my friend. I will miss him.”

“There is not another person that I have met who has had a greater impact on women's soccer than Jerry Zanelli. I worked closely with Jerry for nearly a decade and never once doubted his motives or his passion for women's soccer.

“On a personal level, he was my mentor on the game and on life. Everything that I have achieved in women's soccer is due to that man. Jerry provided a platform for the female players throughout the entire country. He leaves behind a legacy that will endure well beyond his passing.”

“Jerry IS the WPSL.  There is no doubt there would be no league had he not fought for women's soccer all those years ago. I also believe that there would be no NWSL had he not started the WPSL.  The building of our league made women's soccer relevant and was a starting point for all the previous incarnations of a women's professional league in the US.

“When the WPS folded in 2012, he gave those entities still trying to keep women’s pro soccer a place to park and regroup, which allowed them to be ready for the current NWSL.  In his 20 years with the league, he fought for every player, coach, and team.  He worked tirelessly to encourage, promote, and elevate this league.

“I met Jerry officially in 2013 but had known about him since my daughter started playing in the league in 2008. He approached me early on to take on roles within the league, as he did with many female team leaders, encouraging us to help build our teams and thus the league.  I (and my team) grew under his tutelage, and I was honored to take on more responsibilities. I hope I made him proud of my small part of the league's success. We all worked hard, but no one more than Jerry. Thank you Jerry. We all love you and miss your presence and leadership.”

“Jerry Zanelli has been a staple in the landscape of amateur women’s soccer. His passion is what has driven the WPSL to be what it is today. He is the main reason that I came into the league and why I’ve been with the league as long as I have. I am so thankful for him creating this amazing opportunity for women.

“During the past several years, Jerry became one of my dearest friends and one of my biggest supporters. He was my go-to for advice and was one of the first people I heard from when my team accomplished something. I’m truly going to miss him and our long talks.”

"Jerry created the largest women's soccer league on the planet. It's hard to imagine the landscape without the WPSL or Jerry himself. We will always be grateful for the opportunities and the development that he has provided for our program and players."