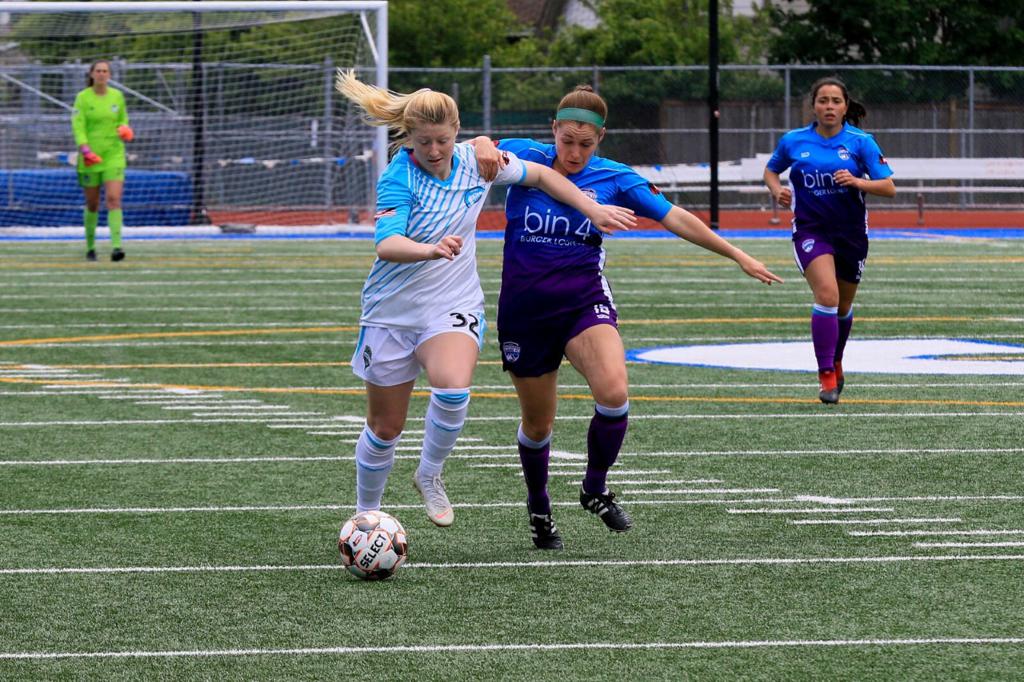 Competing in the WPSL’s Northwest Conference is no easy task.

Seattle Sounders Women have reigned supreme in each of the past three seasons, finishing their 2018 campaign with a WPSL Championship. The Sounders coasted through conference play last season, finishing with an impressive 6-0-1 record.

This year, though, a number of teams are proving to be playoff contenders in the Northwest, and Seattle currently sits only three points atop the standings.

A rundown of the three clubs challenging Sounders Women:

PACNW sit in third place with a 3-2-1 record. After struggling out of the gate with two early losses, PACNW has proven to be a legitimate playoff contender. Big wins over Vancouver TSS Rovers and the first place Vancouver Island FC have served as massive momentum boosts for coach Malia Arrant’s squad.

In six games PACNW has conceded only eight goals, in large part due to fantastic goalkeeping from Megan Kufeld. Kufeld brings a wealth of experience to the club after starring at the University of Washington. During her senior season at Washington, Kufeld broke Hope Solo’s career shutout record, cementing herself as one of the most dominant goalkeepers in collegiate soccer.

Hailey Still leads the club offensively. Still, a star high school soccer player out of Kent, Washington, plans to follow in Kufeld’s footsteps and attend the University of Washington. Through six games this season, Still leads the team with four goals and was named the WPSL Player of the Week earlier in June.

Next Friday, the team will face off against the Sounders Women in a battle to keep each team’s respective playoff hopes alive. A win could vault PACNW into frontrunner position as well as help the other two contending clubs that need Sounders Women to drop points.

On the east side of the state, Spokane SC Shadow are proving to be equally formidable. After an early season loss to the Sounders Women, Spokane has rallied for two dominant conference wins enroute to a 3-1 record and a chance at the playoffs.

On June 15, the Shadow defeated ISC Gunners FC 3-1 to move into fourth. Goals from Sophia Viviano, Megan Lindsay, and Claire Neder proved more than enough in a suffocating display of attacking soccer. Lindsay has been an explosive presence for the Shadow all season and leads the team in goals. Prior to joining Seattle Pacific’s soccer program, Lindsay was known as one of the brightest high school soccer players in all of Washington.

For the Shadow, the success on the year has been a testament to the culture built by the coaching staff and the players. This unit is willing to sacrifice everything to win, including changing positions. Due to a lack in goalkeeping availability, star defender Grace Hancock stepped in goal Saturday and performed admirably, allowing only one goal and earning the WPSL Save of the Week.

When an expansion franchise joins a new league it is likely to take a few years to adapt to the speed of play and find a way to compete for playoff contention.

After falling to Spokane SC Shadow 2-0 in its first WPSL match , many believed that Vancouver Island FC would be simply looking to build a competitive culture and acclimate to the WPSL level.

That was not Vancouver Island FC’s plan.

After the season debut loss, Vancouver has rattled off four wins in five opportunities, including a shocking upset over the Sounders Women in the second game of the season. It trails Sounders Women by three points but holds the head-to-head tiebreaker if they finish equal on points.

Vancouver Island FC will face Eugene Timbers FC Azul on Sunday followed by a pivotal matchup with their rival Canadian club, Vancouver TSS Rovers, to close out the season. The outcome of the final two games, in addition to the key remaining matches in Seattle, will ultimately dictate whether or not Vancouver Island will finish off its Cinderella season with a playoff berth.