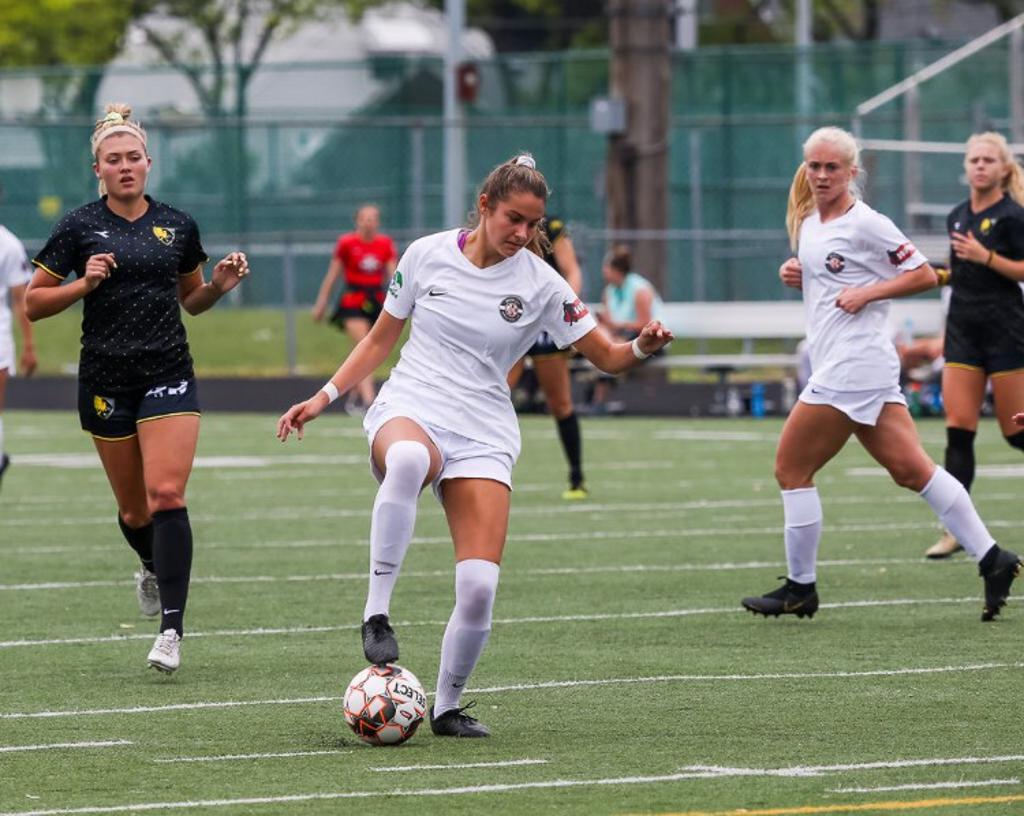 (Editor's Note: MyCujoo, the official streaming partner of the WPSL, featured Malia Berkley as part of its #ShareYourGame campaign, which can be watched at this link.)

As Motor City FC prepares for its WPSL semifinal game against the Utah Royals FC Reserves on Friday, the team is looking to prove that it belongs among the WPSL elite.

Despite consistently stringing together strong regular season campaigns, the team will be playing in its first WPSL semifinal this weekend. Motor City clawed its way into championship weekend after a gritty come-from-behind win over the always formidable Chicago Red Stars Reserves. After Chicago went up 1-0 in the 44th minute, Motor City rallied to tie the game, 2-2, and ultimately pulled away with a 4-2 extra time victory.

But none more formidable than forward Malia Berkely, who Aaron Byrd lauded for her growth as both a leader and competitor.

“Her mindset is in a totally different place than where she was two years ago,” Byrd said. “She is 100 percent committed to herself, her game, developing not only as a player but a leader.”

Berkely, a member of the United States Women’s U-23 squad, won the 2018 NCAA National Championship as a center back for the Florida State Seminoles.

Although Motor City has moved Berkley into more of an offensive role this season, she is bringing the same leadership qualities to the team. In 10 regular season matches, Berkely tallied nine goals for Motor City. Her individual performance speaks for itself, but Berkely views the team’s collective success as a direct result of the culture they have worked diligently to build.

“This season our team really came together as a whole,” Berkely said. “In the past we have had offensive players that have been dominant, but when we play now it’s as a team. The offense is good, the defense is solid and it’s just really come together this summer.”

Coming from various corners of the globe, Motor City’s roster has come together to build one of the most dynamic squads in the entire WPSL. If the team’s offensive prowess was not impressive enough, Motor City also boasts one of the most dominant defensive lines in the country.

In 10 games, Motor City has only conceded a remarkable three goals. Because of strong leadership and communication, the team has proven to be nearly impossible to score on.

Much of that communication comes directly from goalkeeper Bethany Kopel, who has been masterful all season, accumulating one of the top goals against averages of any keeper in the league.

As the team looks ahead to their matchup against Utah Royals FC Reserves, Byrd has lauded his team’s depth and talent. With a combination of star players and complimentary pieces, perhaps no one should be surprised the team has reached such a high level of success.

“If you look at our roster, the talent we have is up with anybody in the league,” Byrd said. “On paper it looks great, but at the end of the day you have to put it on the field. All season long they have done a fantastic job of executing what we are trying to do.”

Execution will be critical in the team’s next two games, but at this point the mission is simple: two more wins and Motor City will be crowned WPSL Champion.