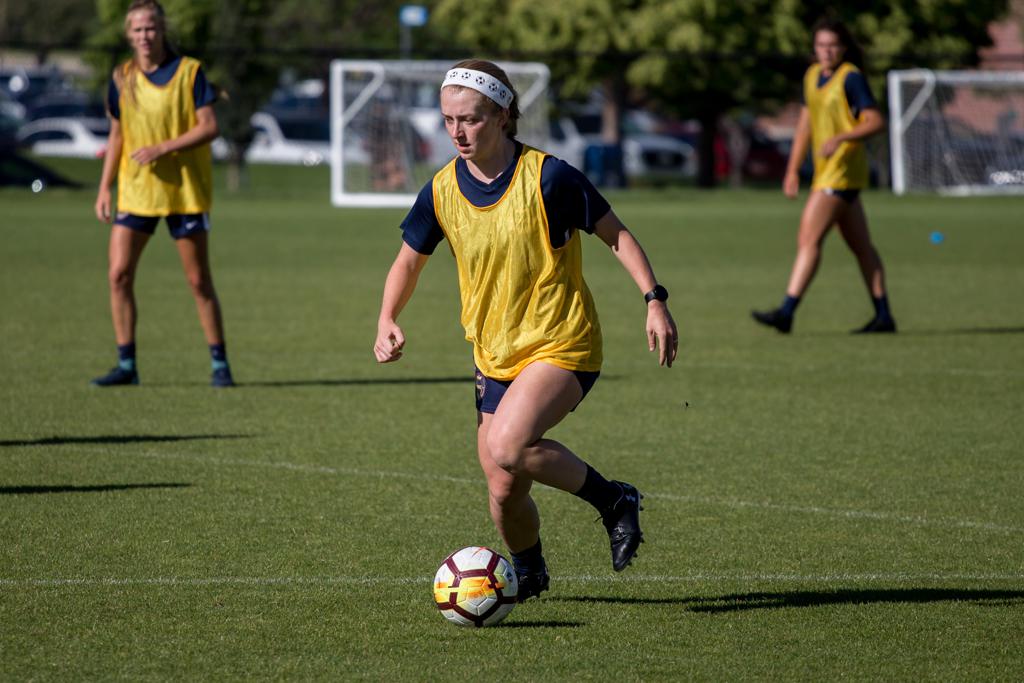 Hailey North is tied for the club lead with six goals in 2019. [Utah Royals FC Reserves]

In all reality, the vast majority of expansion franchises struggle for a number of years before they can bring in the type of talent they need to compete. In short, most franchises are more Houston Texans than the Vegas Golden Knights.

For the Utah Royals FC Reserves, success has come much earlier than many would have anticipated.

The Royals made the decision to start a reserve squad based on wanting to build an opportunity for high level players to develop and hopefully earn an opportunity to play professionally. The organization’s lone goal was player development, but their on-the field product has been incredible.

Coach Amy Lepeilbet, who also serves as an assistant coach for Utah’s NWSL side, spoke glowingly of North’s natural scoring ability and leadership.

“Haley has a knack for finding the back of the net — She did it in college and she is doing it now,” Lepeilbet said. “She’s a winner, she wants to get to the ball and put it in the net. She pushes the team, she lifts us and is a great communicator.”

As North and the collective offense continue to prove to be lethal in the final third, the Royals’ winning ways are carried by their consistent defensive efforts. In 10 games, the Royals have only conceded four goals.

Defensive workrate and communication are key ingredients in developing dominant defenses, a staple of the club’s mission, from the top down.

“As a club, we believe in being organized defensively,” Lepeilbet said. “Our Royals at the top (NWSL) are a great defensive team, and we wanted to build that throughout our program, on the reserve team as well.”

The defensive line is now preparing for its biggest test of the season. On Friday, the Royals will face Motor City FC, one of the most dangerous scoring teams in the league, in the WPSL semifinal. The matchup will pit strength against strength: Detroit’s dynamic attack against Utah’s lockdown defense. The winner will earn a berth in the WPSL Championship Final.

Regardless of how the game ultimately plays out, the Royals have been an absolute success for the club.

“We were very excited to create our reserve team,” Lepeilbet said. “It is a developmental team, and so far it has been wonderful. We want to see them grow as players.”