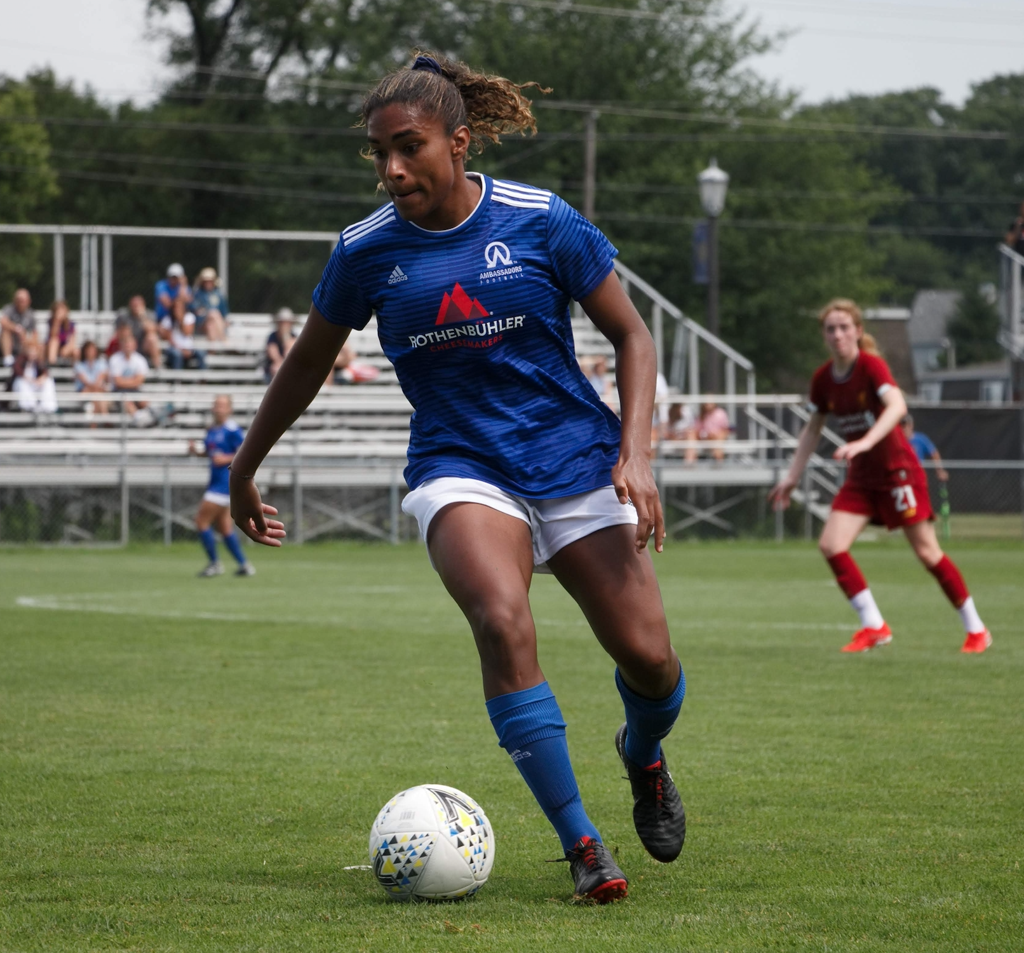 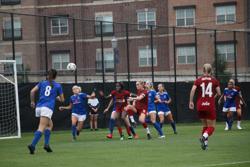 SOUTH BEND, Indiana — The Cleveland Ambassadors may not have been at the WPSL Championship weekend, yet they still were playing in a late-season match with an intensity rivaling any championship event.

The Ambassadors had the honor of playing Liverpool FC Women in a friendly July 18 at the University of Notre Dame — a match they drew 2-2 against the top-flight English club.

The friendly was part of Liverpool's preseason tour, its first in the United States, in which it played against the Ambassadors and a match in Boston against a WPSL Metropolitan All-Star team on July 22.

"We should be very proud of what we accomplished," Ambassadors captain Sandra Yu said. "It's a huge testament to our coach, Caleb Fortune, and his ability to communicate what we are trying to accomplish as a unit and what our individual roles and responsibilities are."

The Ambassadors took an early 1-0 lead with Catarina Macario's goal in the sixth minute. Macario played a cross-box pass from a free kick to loop a slightly-deflected shot over Liverpool goalkeeper Anke Preuss.

The excitement was fleeting, for Liverpool's Ashley Hodson headed in an equalizing goal four minutes later.

Sophia Smith was unfortunate not to have scored midway through the half when Preuss made a sliding kick-save on a shot from Smith's far-post run. However, Smith eventually was able to score in the 43rd minute to give Cleveland the lead entering halftime.

Cleveland led for most of the second half, but Courtney Sweetman-Kirk — Liverpool's leading scorer the previous season — headed in a goal in the 83rd minute to earn a tie.

"We are all competitors and disappointed in giving up the goal in the last 10 minutes, but today we did so much more than play a soccer game," Yu said. "Both teams played a quality soccer in front of a large crowd of young female soccer players to show them that playing at the next level is a realistic and tangible goal to have. It doesn't get much better than that."

Liverpool scored four goals in the first half and ultimately finished the match with a 6-0 victory.

"The opportunity the WPSL provided these players to play a historic European club in Liverpool is a once in a lifetime opportunity," SUSA FC coach JR Balzarini said. "The match was a great chance for our players to see the next level and have an idea of what the standards around the world is.

"We thank Liverpool for the opportunity and wish it the best of luck for its upcoming season."

For the Ambassadors, earning a result against a top-flight European club, especially one as recognizable as Liverpool, will be a lasting memory for the club and its players.

"Playing for a club like the Ambassadors is something special every time you put on their jersey," Yu said. "The club stands for something so much bigger than yourself and the sport. This match in particular definitely holds a special place in my heart - a once in a lifetime experience."