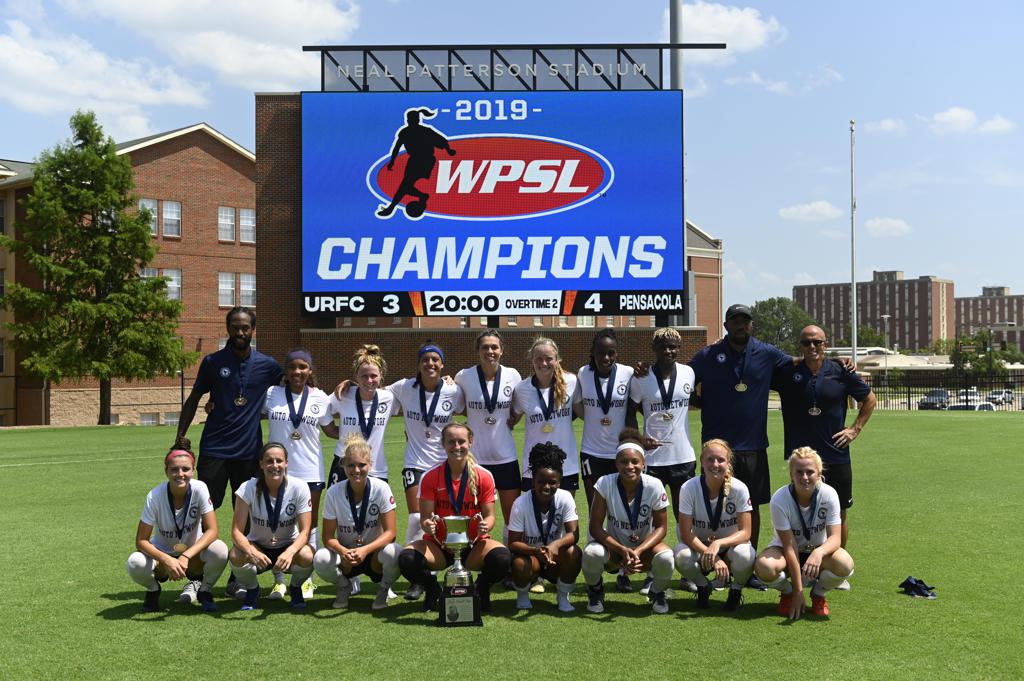 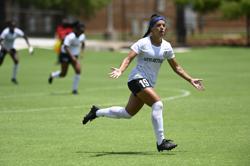 In a match that saw a flurry of lead changes and momentum shifts, specifically in the second half, Morris bookended Pensacola's scoring in the 48th minute and with her game-winner in extra time.

The match appeared destined to penalties with both sides exhausted in the 102 degree heat. Not much of an opportunity appeared to be developing when Pensacola’s Mollie Rouse dribbled into the Utah box, but Rouse quickly faked a shot, drawing in an otherwise disciplined Royals backline.

With a narrow passing window opened, Rouse found an awaiting Morris in center of the box, who tapped in the winning goal.

Morris and Rouse have been the key to Pensacola’s success. Morris led the club with 13 goals in 12 matches this season, and Rouse was her club’s best with 12 assists in addition to her 10 goals.

“I love playing with Bri,” Rouse said. “She just knows when I get the ball and she makes that run, I’m going to pick her out. Her runs are so good and so in-line. It would be bad on my behalf if I didn’t pick her out.”

The Royals scored the first half’s only goal when Mikayla Colohan intercepted a pass near the midline and was given space to dribble deep into the box. Pensacola defenders kept playing the awaiting cross, which allowed Colohan to play directly toward to the left post and slot it inside between the keeper and the post.

After a first 45 minutes which, outside the lone goal, saw competitive play but little action in the final thirds, the goals arrived fast and furious in the second half.

Morris scored Pensacola’s first goal three minutes after the break when she tapped in a failed corner-kick clearance – a similar type of goal the Royals scored Friday in their semifinal win against Motor City FC.

The Royals answered back in the 60th minute with Cameron Tucker’s right-footed shot on a through pass, her first of two goals in the match that gave the Royals a 2-1 lead.

Uchenna Kanu extended her WPSL playoff scoring streak to four matches and gave Pensacola its first lead with a near-post corner kick header in the 70th minute. Kanu, who played in the 2019 FIFA Women’s World Cup for Nigeria, was named the 2019 WPSL Championship Most Outstanding Player presented by Goal Five after the match.

Pensacola appeared to be closing in on the win in regulation until Tucker scored in the 89th minute, making a run much alike the one Colohan made in the first half during her goal.

In extra time, before her eventual game-winning goal, Morris had a golden chance in the 95th minute to take the lead on a breakaway through pass down the right wing. Bradley met Morris at the top of the box making a two-footed sliding tackle to clear the ball away from what otherwise would have been an open-net shot or penalty foul.

Utah’s best chance in extra time came from a Kelly Fitzgerald corner kick in the 104th minute. Her kick curved directly toward the top-center of the net forcing Pensacola goalkeeper Kathryn Scheele to deflect the ball off the crossbar.

“Today’s match was everything you want in the championship – two quality sides battling it out,” Royals coach Amy LePeilbet said. “I couldn’t be more proud of our team. They played great soccer and gave everything they had until the final whistle.”

Pensacola FC won its club’s second WPSL championship – the first since its 2012 title when it was the Gulf Coast Texans. Pensacola has qualified for three-consecutive WPSL Championship matches, finishing runner-up in 2017 and 2018.

“I had no idea which way the game was going to go at one point — it was just crazy,” Pensacola FC coach David Kemp said. “We decided to drop Mollie a little bit deeper than she had been playing previously and finding the right time to do it with about 10 minutes to go. We wanted to see if she could create one more chance for us, and she did it.”

Despite the loss Sunday, Bradley received the 2019 WPSL Championship Golden Gloves Award presented by Renegade GK. Bradley’s save in the first half of extra time Sunday as well as the penalty shootout save in the semifinal win vs. Motor City FC highlighted a weekend of fantastic play in front of the Royals’ net.

“Losing is always tough, but I’m proud of this team and how we fought to the very end,” Tucker said. “We learned so much this whole year, and I’m excited to see how this program will develop in the future.”

Replay of the match is available at WPSL TV on MyCujoo. The WPSL Championship lineups and stats are presented by Forza Soccer.