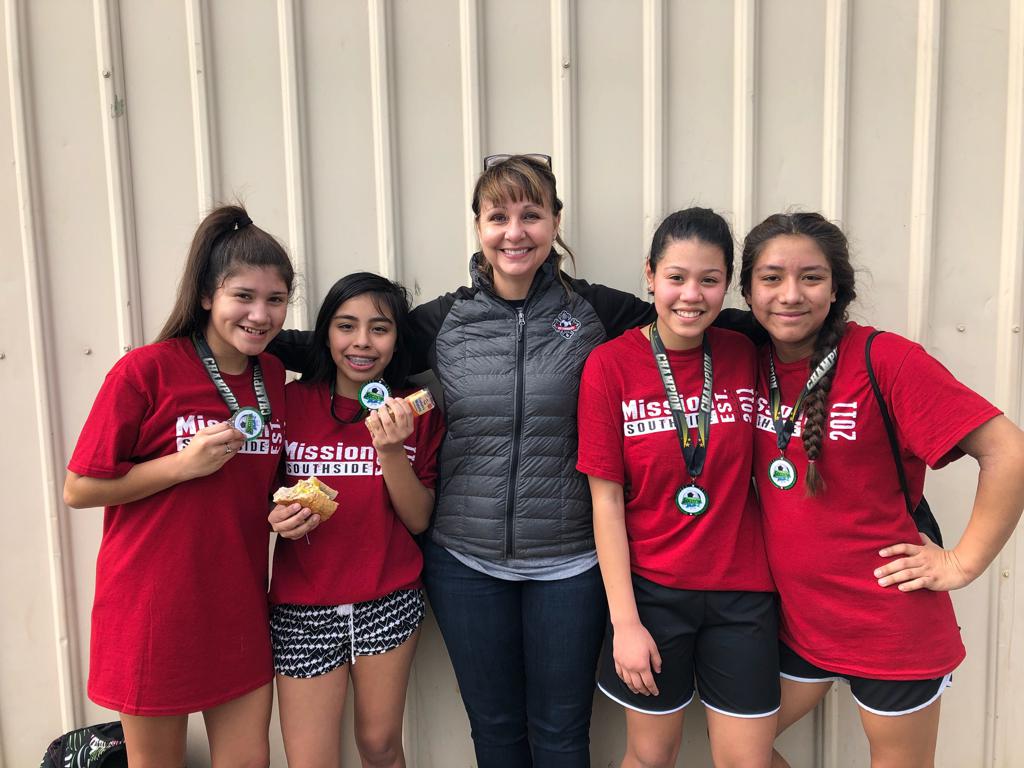 Wendy Louque (center) is a finalist for the 2019 MLS WORKS award for community evolvement and volunteerism through soccer. [KC Courage]

KANSAS CITY, Missouri —  MLS WORKS has announced that WPSL club KC Courage is one of the 24 finalists for the 2019 Community MVP contest.

Louque has been chosen to represent MLS club Sporting Kansas City as an individual who is making a difference in the community through soccer. She stepped down from her head coaching position last season to be able to spend more time with community outreach during the busy WPSL season.

Each Community MVP finalist receives a $1,000 donation from Wells Fargo to the nonprofit of their choice and the chance to win $25,000 for their selected charity.

The Grand Prize winner will be determined by a two-week period of online and Twitter voting results and announced at the MLS All-Star Game on July 31. More information and to cast your vote for Louque, visit MLSsoccer.com/CommunityMVP.

Louque serves on the Mission Southside Advisory Board and is a seven-year volunteer for the faith based organization in Olathe.

“Wendy Louque is one of the most selfless people I know," said Amy Herman, Mission Southside Community development director.

"She is always giving of her time and talent. She has shown up at our under-resourced apartments and helped kids learn soccer skills. Last year she facilitated a free, month-long camp for the kids from the 16 resourced apartments. The kids walked away with confidence and a sense of belonging."

Youth RISE KC is a nonprofit organization which uses soccer as a powerful tool for inclusion, community and mentoring. Youth RISE provides access to quality soccer opportunities as well as academic tutoring and resources, mentorship, community service, and college and career counseling to underserved youth in the KC metro.

In 2018, in an effort to bring the game closer to inner-city youth making it more accessible, the KC Courage played half of its home match schedule in the Historic Northeast Kansas City, making it the first time a high level women’s soccer game was played in the area. The inner-city youth that Louque and Murphy work with can always be seen helping in one way or another during WPSL game days.

Louque was recently recognized as Mentor of the Year for Youth RISE in recognition of her continuous commitment in the community.

“I’ve seen the impact that Wendy has on our youth as she challenges how they think and encourages them to see the world from different perspectives," Murphy said. "These conversations begin with soccer but evolve into life lessons we all wish we had learned when we were their age."