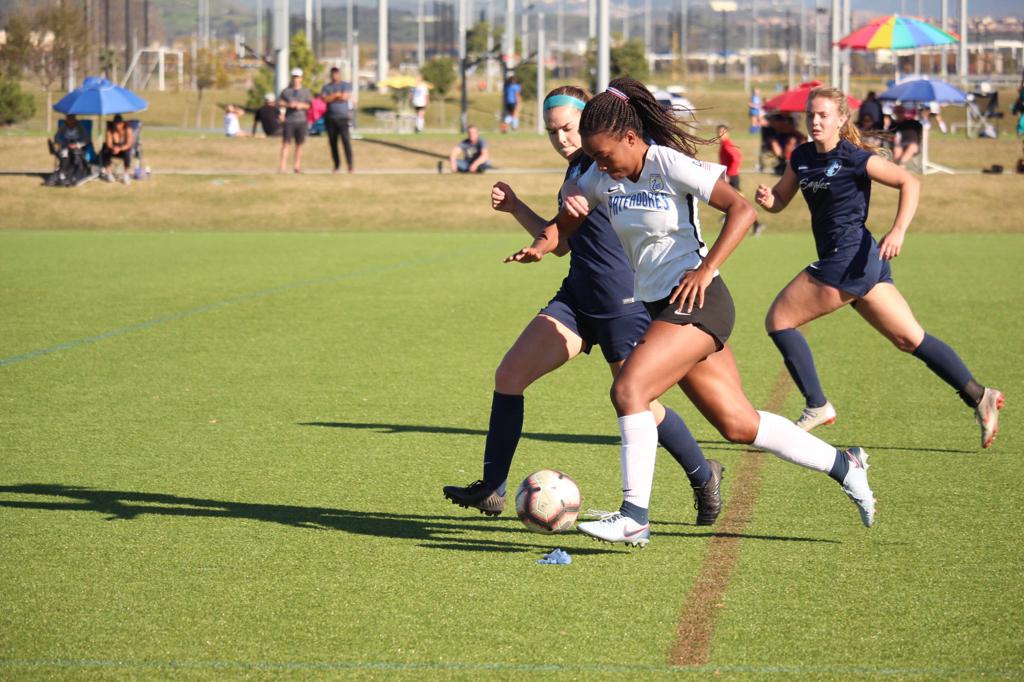 COSTA MESA, California — Makenna McGill has grown up in front of the eyes of the Pateadores’ coaching staff, and her extraordinary 2019 WPSL season has elevated her game to a new level.

McGill, who will graduate from Huntington Beach (California) High School next spring, scored six goals for Pateadores’ senior team this year after spending the past few seasons within the club’s youth program. She was instrumental to Pateadores’ success, for the team jumped from sixth to second in the conference this season.

Throughout the year, McGill proved herself as one of the most dangerous players in the West Region, and as a result she was named 2019 Coastal Conference Offensive Player of the Year.

McGill, 17, has always been skilled. She starred for the Pateadores academy program during the past few seasons before earning a spot on the senior team.

This year, McGill added a technical prowess to her already superb athletic ability, leading Pateadores in goals while always providing a dangerous element to the squad’s offensive attack.

“Obviously youth players want to prove something and show that they can play at the next level,” Pateadores coach Neil Powell said. “Makenna worked extremely hard this year. She has great pace and great strength, so that’s not an issue for her. In the past couple years, she has worked on her technique and her composure around the net.”

What makes McGill’s performance this season most impressive is she has yet to graduate high school. McGill has one more year left to play for Huntington Beach High School, where she has starred against some of California’s most prestigious soccer players. At the high school and youth level, McGill draws the vast majority of the opposing teams’ attention, consistently facing double teams in player-marking situations.

With Pateadores, McGill has the luxury of playing with a number of dangerous offensive players, leaving her in more favorable situations in the final third.

“Having the older players around her really helped her and gave her more time than she has at the youth level,” Powell said. “She’s usually the one that is marked and double teamed. With the women here, we have a few more weapons, so she has more freedom.”

With another year yet to play with Pateadores’s academy before joining a star-studded Washington State University team in Fall 2020, McGill will be looking to continue to build on her technical growth. Powell views McGill’s player development as one of his top priorities entering next season.

“Now she has more confidence in her ability, and I hope she keeps growing before she is off to Washington State,” Powell said. “Our job in the next 12 months is to get her ready for that, and hopefully she can make a real impact there.”