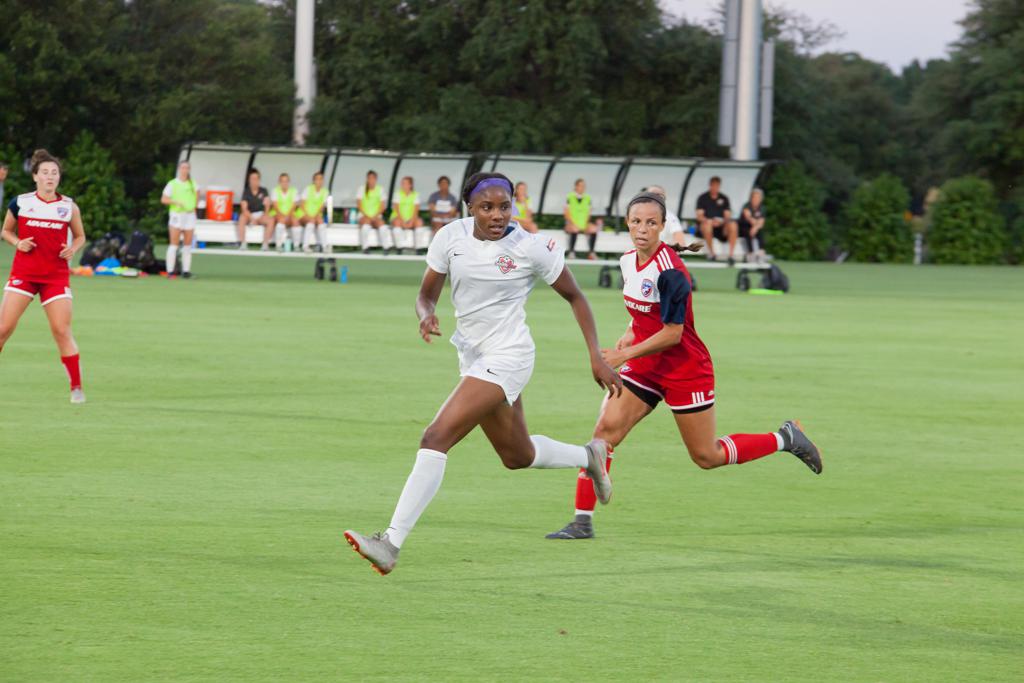 FORT WORTH, Texas — Messiah Bright, a sophomore standout from TCU, made a huge impact in the WPSL this season with her goal scoring magic and solid mentality.

Bright was the leading goalscorer for expansion club SouthStar FC, netting seven of the club’s 13 goals, and has been recognized as the 2019 Offensive Player of the Year for the Red River Conference – North Division.

The dominant forward entered the WPSL season after an impressive freshman year at TCU where she earned Co-Freshman of the Year – a TCU first – along with many other accolades. Bright started each of the 21 games and finished the season with six goals – three game-winners – and a team high of 47 shots.

Bright was also called up in 2018 to the U-17 USWNT for camps in Florida and Switzerland. Her lethal impact on the pitch continued when she joined SouthStar FC.

“Messiah is a scoring threat every time she is in the game,” said John Saeger, SouthStar FC owner. “She demands attention from opponents which opens up opportunities for her teammates as well.”

This talent seems to come naturally for Bright, who started playing soccer at four and club soccer at seven. Bright’s fitness has never been an issue throughout her soccer career and stresses the importance of a strong mentality and mental preparations.

“I don’t really get nervous anymore — I just remain headstrong as I prepare in the locker room with my teammates,” Bright said. “I envision what I’m going to do on the field to help my team be successful.”

Bright describes the opportunity to play in the WPSL with SouthStar FC as an amazing experience and that the bond with her teammates as being natural.

“It was a moment for me personally to be reunited with some of my closest teammates that I played with in Club soccer (Solar Soccer Club),” Bright said. “It was also an opportunity for me to connect with new teammates. The culture of our team felt very natural.”

Bright’s seven goals led the Red River Conference — North Division. Her talent is one that will continue to grow and strengthen into one that is looked up to just as she looked up to Cristiano Ronaldo.

“The way he plays, his quickness, how intelligent he was on the ball helped me create new ideas for myself as an attacking player,” Bright said.

When realizing Bright is only entering her second collegiate season and all that she has accomplished thus far in her career, it’s clear to see why she will be a name to remember as she continues her career.

“It will be fun to watch Messiah’s growth as a player,” Saeger said. “She has all the intangibles. She is something special.”