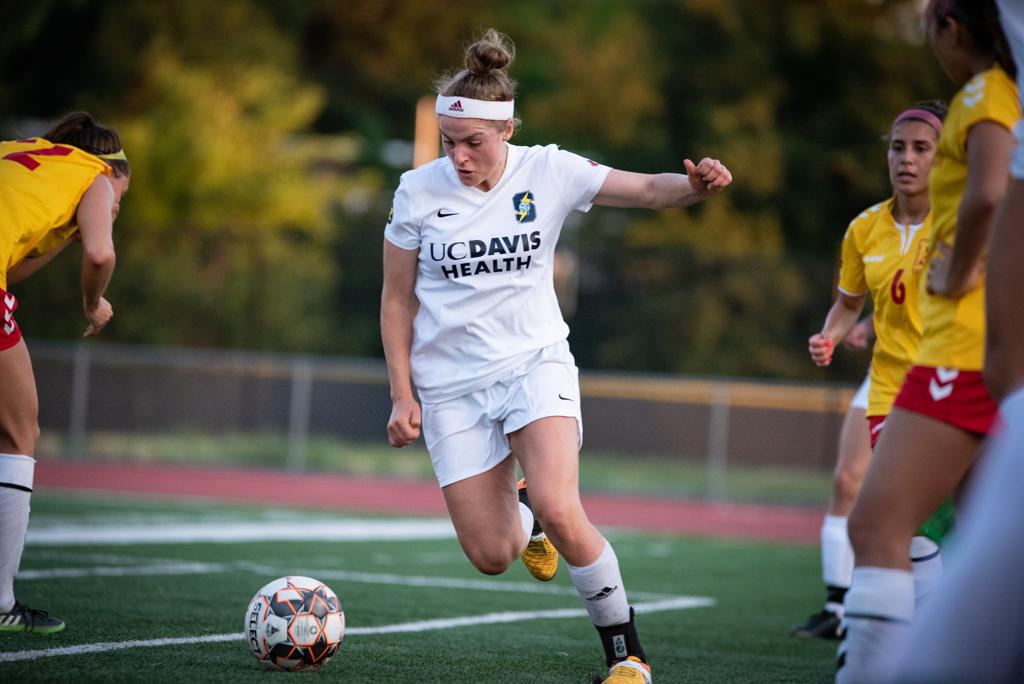 Rather than reveling in a fantastic individual season featuring 17 goals for the PacNorth Champion California Storm, Schultz prefers to touch on the performance of those around her, even lauding the composure of her defenders and goalkeeper.

For the rest of the WPSL, though, Schultz is the talk of the town.

Just a sophomore at Loyola Marymount University, Schultz has made waves throughout the greater California soccer scene for much of her career. Schultz has been named to the Olympic Development Program’s national training camp roster, set the single-season goal scoring record for her youth club (Placer United) and has been invited to the U.S. Soccer training camp an incredible eight times.

Surprising to perhaps only herself, Schultz was named the WPSL’s PacNorth Conference Offensive Player of the Year.

California Storm coach Jamie Howard-Levoy had a front row seat to each one of Schultz’s on-field displays. To Howard-Levoy, Schultz’s game day performance is a direct byproduct of her consistent work rate and unrelenting intensity at practice.

“The word that comes to mind is tenacious,” Howard-Levoy said. “Sydney is one of those players that trains 100 percent every time, like it’s going to be the game-winning goal. That work rate totally translates into the game.”

For Schultz, practice means everything.

Schultz’s game pace is non-stop. Throughout the regular season, Schultz terrorized opposing PacNorth defensive lines with high-intensity pressing, impactful off-the-ball movement and an uncanny ability to find the back of the net.

Schultz’s ability to relax and take advantage of opportunities in the final third is something that she cultivated during the past few seasons.

“Every time I see the ball, I just think go to goal,” Schultz said. “I think I did a good job this season of making my shots count.”

For Schultz, making those shots count was the least she could do for a team that helped facilitate her success every step of the way.

Storm teammates Remy Siemsen and Katie Hardeman both finished the season with six assist and served as playmakers for Schultz’s explosive offensive approach.

More than anything though, Schultz was impressed with her team’s unwillingness to ever give up on a game.

“I know this sounds weird, but I’ve been on teams that struggled to not give up,” Schultz said. “Sometimes when you are in those really tight games, the nerves get to you and you shut down. This team didn’t do that, we were confident in ourselves and I think it showed in the scoring we had.”

With the WPSL season behind her, Schultz is hoping to bring that confidence into her sophomore season with Loyola Marymount. Schultz has the goal of leading her team to an NCAA National Tournament berth. Howard-Levoy certainly believes she is up to the task.

“She can go as far as she wants to do,” Howard-Levoy said. “She has the training habits, she’s dedicated, she has the attitude and she’s the complete player. I could honestly see her playing in the NWSL.”