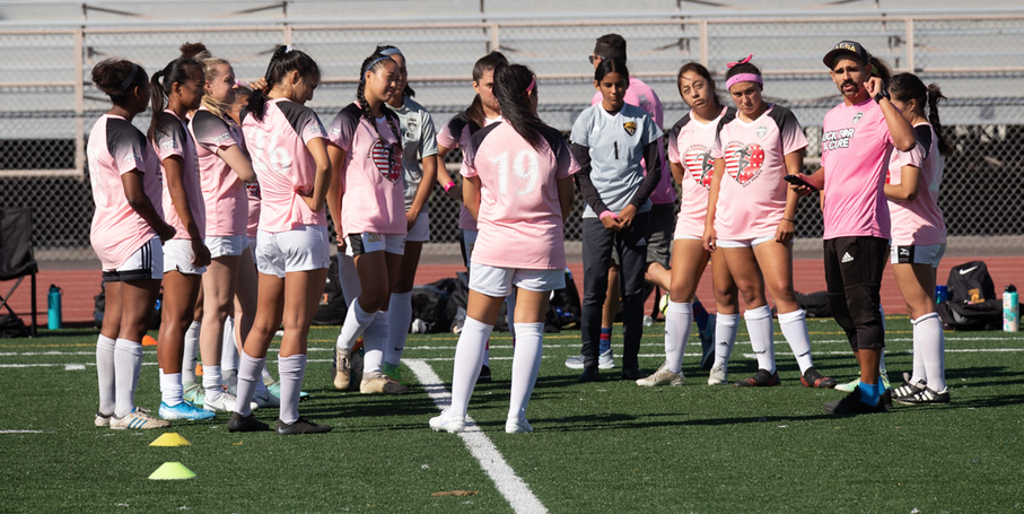 TORRANCE, California — When the Salsa Soccer Club executive team and coach Aaron Rodriquez heard that the mother of Salsa players Dianne and Yanet Miranda was battling breast cancer, they knew they had to help.

“After they told us that, we knew we had to do something,” Rodriquez said. “If not for her, we wanted to spread awareness to an issue that so many families face.”

Prompting awareness for breast cancer screening and ultimately the development of a cure at the forefront of the its goal, the club elected to create a Kick for a Cure Event. The event was a two-game fundraiser where the club accepted donations and pledged funds to local breast cancer clinics. For each goal scored, the club donated funds to various clinics throughout Los Angeles County.

Finding ways to help the community has become a staple of Salsa SC’s culture. Although the final Kick For a Cure Event took place Sunday, the team already has a beach cleanup scheduled in November.

“I think community outreach is one of the main things that clubs should be doing,” Rodriquez said. “It shows the community that we care about them. We want to help out as much as we can.”

Last season marked Salsa Soccer Club’s inaugural WPSL season. The club played in the highly competitive Coastal Conference and earned one win and a draw on the season. However, the club improved throughout the season and even drew Pateadores, one of the top clubs in the conference, in its final 2019 WPSL match.

With one year under its belts, Salsa is already putting in the preparatory work for next season. Rodriquez believes that community events and offseason friendlies will not only make the team more equipped to compete in one of the WPSL’s toughest conferences, but also instill a strong culture.

“We are one of the rare teams that have a lot of year-round players,” Rodriquez said. “We’re really trying to develop players who want to come out and work hard.”

For Rodriquez and his team, the hard work is already starting to pay dividends. Although both Kick for a Cure games were much bigger than the game of soccer itself, the friendlies gave Rodriquez a chance to see his team in action and work on player development. With much of the offseason ahead before the start of the 2020 WPSL season, Salsa Soccer Club is looking to continue to find ways to improve — all while helping the surrounding community.