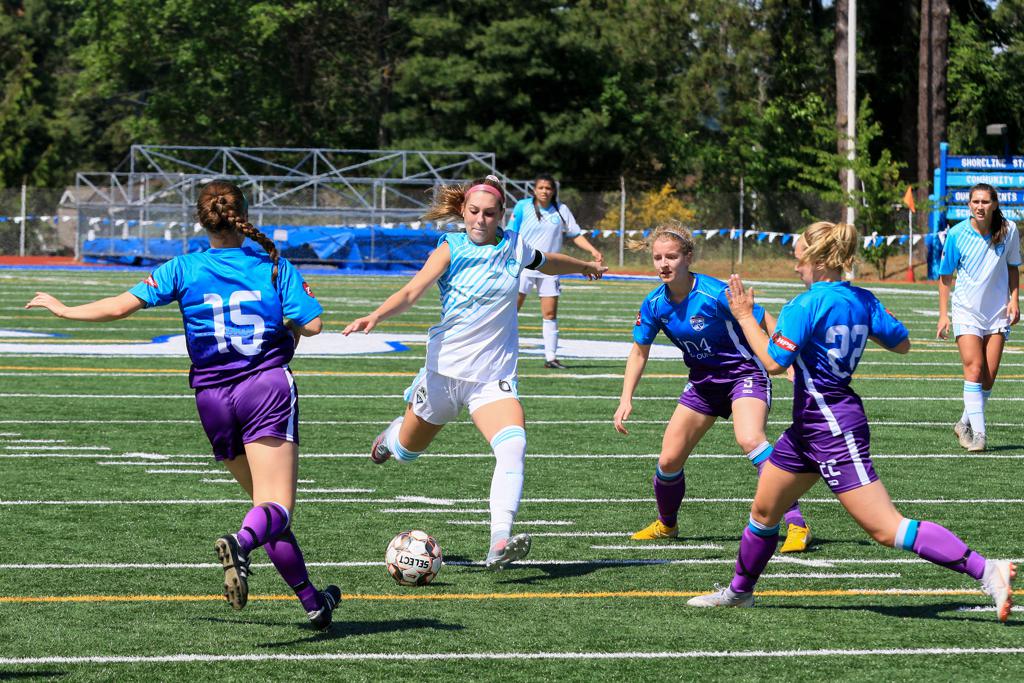 After defeating Memphis University, 1-0, in the first round of the NCAA Tournament, the Cougars earned the right to face Virginia, a No. 1 seed.

The ACC power, with Motor City FC star Alexa Spaanstra leading the way, were heavily favored to win the matchup. But Washington State brought its own WPSL star.

Morgan Weaver is not afraid of big moments. In her time at Washington State, the forward earned First-Team Pac-12 Honors, was invited to the U-23 United States National Camp, and guided the Seattle Sounders Women to the 2018 WPSL Championship.

It should come as no surprise then that Weaver scored a goal and assisted another in Washington State’s 3-2 upset over Virginia.

Washington State then earned a Round of 16 matchup against West Virginia. Weaver found the back of the net twice to send the Cougars into the quarterfinals, once again as underdogs facing a heavily favored South Carolina team.

Weaver and the Cougars would not be turned away though, for defender Mykiaa Minniss scored off a corner kick to win the game in overtime.

While some may be shocked by Washington State’s run of success, Seattle Sounders Women coach Scott Ford is not surprised by Weaver’s impact on the field. During the WPSL season this past summer, Ford lauded Weaver’s demeanor and skill.

“Morgan is a real leader within our group, very humble, hard working and accountable,” Ford said. “Her attitude is fantastic, it’s no surprise that she is having success in the Pac-12 and earning U23 call ups.”

Washington State plays North Carolina at 7 p.m. EDT/4 p.m. PDT on Friday with Stanford and UCLA following at 9:30 p.m. EDT/6:30 p.m. PDT. The winners of each match will play for the national championship Sunday.