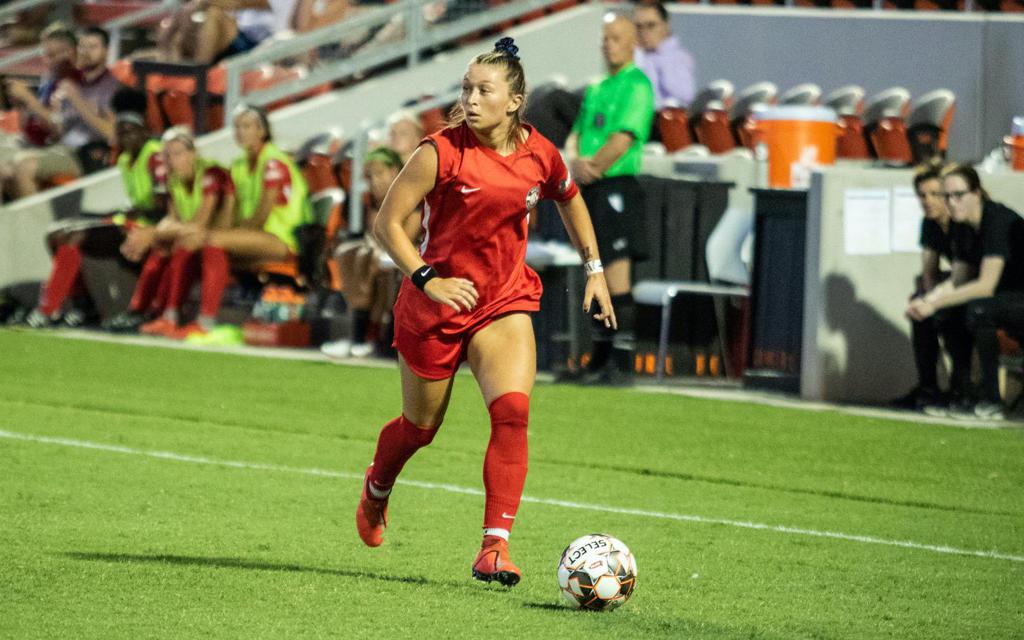 BALTIMORE — The 2020 NWSL Draft featured 17 Women’s Premier Soccer League players selected in the draft on Thursday, including three of the top seven picks.

With 40 WPSL players drafted in the past two seasons, the largest women’s soccer league in the world has established itself as the foremost league in providing its players the development and competition as a final step toward their professional careers.

Motor City FC had two players selected in the first round, both by the Orlando Pride. Midfielder Taylor Kornieck, who played for Motor City from 2017-18, was selected No. 3 overall, and defender Courtney Petersen was selected No. 7 overall. Similar to Weaver, Petersen was one of the top players leading her club to the 2019 WPSL Championship semifinals.

“Thank you to Orlando for believing in me and allowing me to live out my childhood dream,” Petersen said at the draft podium after her selection.

Orlando Pride also drafted defender Konya Plummer with the first selection of the second round (No. 10 overall). Plummer, who played for Florida Krush in 2018, was the captain of the Jamaican National Team at the 2019 FIFA World Cup in France.

Undrafted WPSL players will also likely have an impact in the 2020 NWSL Season. This past NWSL season, former Seattle Sounders forward Bethany Balcer won the league's rookie of the year after signing as an undrafted free agent with Reign FC.

For more information on the WPSL, visit wpslsoccer.com.

The WPSL is in its 23rd season and is the largest women’s soccer league in the world with more than 130 clubs from coast-to-coast.  WPSL rosters feature elite collegiate, post-collegiate, international and standout prep student-athletes.  Many of the United States’ most accomplished women’s players have played in the WPSL, including household names such as Alex Morgan, Abby Wambach, Megan Rapinoe, Julie Foudy and Brandi Chastain.