Our number one priority is the health and safety of our players and fans. We fully stand by the decision to delay the start of the season made by the WPSL. We also stand by any further decisions made by them.

Normally in hard times, the people turn to sports to ease the pain. This time around, the world has come to a stuttering halt. Almost all sport leagues have been cancelled or postponed, it is a dreadful time for college athletes who were looking to prove themselves in their senior season or in the last tournament they were ever going to play. We are looking to the horizon for better playing circumstances so we may get back to playing and watching the sport we love.

Currently, the WPSL season has not been cancelled. The start of the season has been pushed back to May 29th, which also pushes back the end of the season to July 19th. Luckily for us, this does not affect any of our matches. Since the season is now ending later, there will be no Regional or Championship matches played in 2020.

We fully support the decision by the league to delay the start of the season to keep our players and fans safe during this dreary time. We hope to play a full season of games and allow our girls to develop on and off the field. #HerGame #FuelTheFire 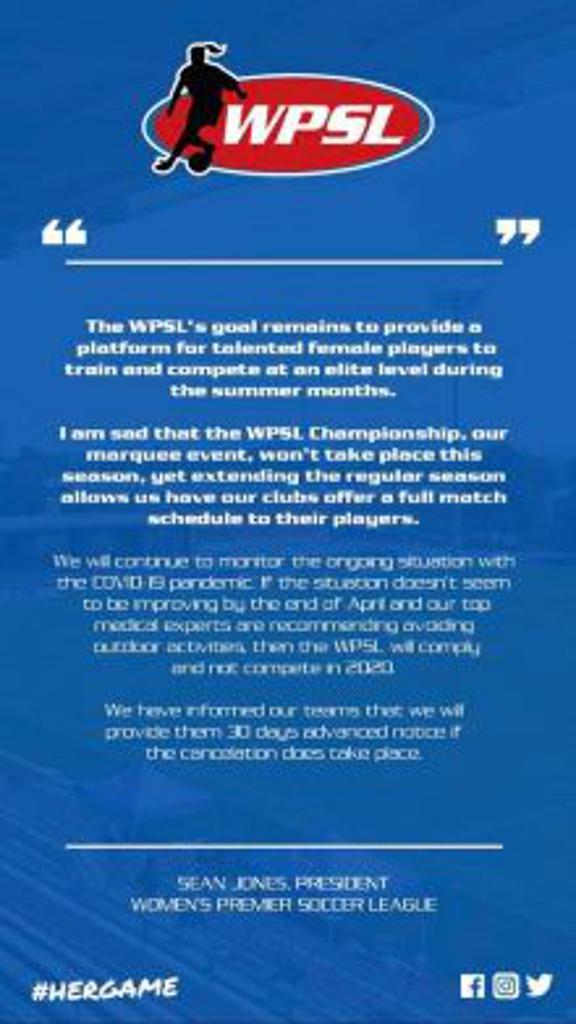