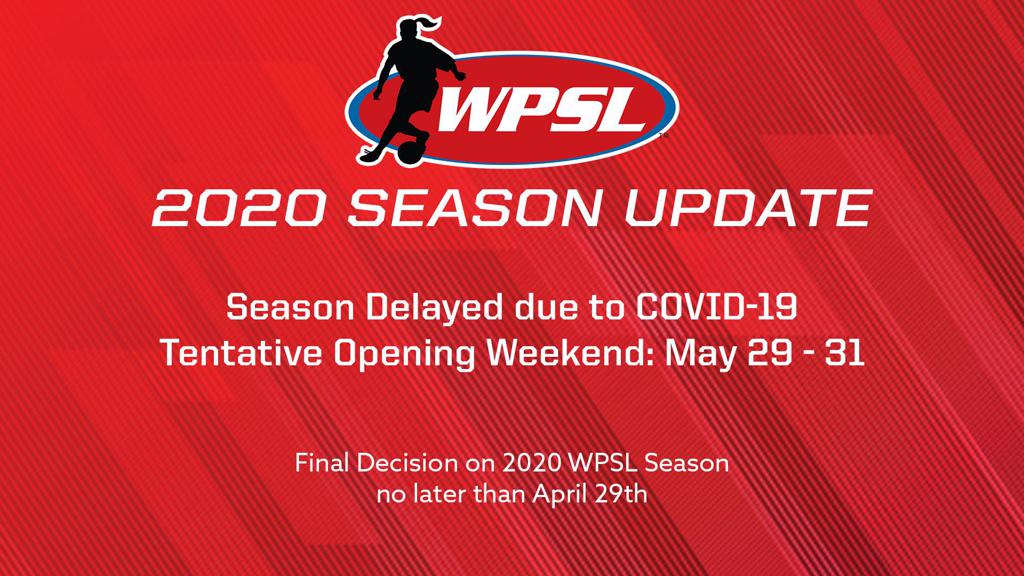 Is the 2020 WPSL Season still scheduled?

Yes. The WPSL has set the end of April as the target date for a final decision, with the earliest possible start date to the regular season slated for the weekend of May 29-31 and conclusion to season July 19.

What about the 2020 WPSL Playoffs and Championship?

There will not be a postseason in 2020. All Conference/Division Champions will be recognized by the league as “Conference Champions.” The cancellation of the postseason was necessary in order to enable teams to fulfill full regular season schedules prior to player’s returning to their respective campuses to train for their upcoming fall college seasons. NOTE: More than 70% of WPSL players are current collegiate student-athletes.

What happens if certain cities, counties or state’s have ordinances in place restricting outdoor athletic competitions taking place in June and July?

WPSL teams may opt out from participating during the 2020 season and will remain in good standing to return in 2021.

What if a team’s home venue does not re-open in time for the 2020 WPSL season?

Teams have the option of moving their 2020 WPSL matches to an alternative venue in their respective market.

Will the maximum number of fans be capped for 2020 WPSL matches?

Each WPSL team will abide by capacity mandates established by the local municipality in which their home matches are played.

Will all teams schedules still look the same - as far as playing the same common opponents?

No, not necessarily – will vary from conference-to-conference. Each conference retains the option to restructure its 2020 schedule in order to reduce travel time and costs. Opponents may differ as well due to teams opting to not play in 2020.

What sources will the WPSL rely on in making a final decision?

The league will adhere to advice from medical professionals and guidelines set forth by the United States Adult Soccer Association, the official sanctioning body of the WPSL.