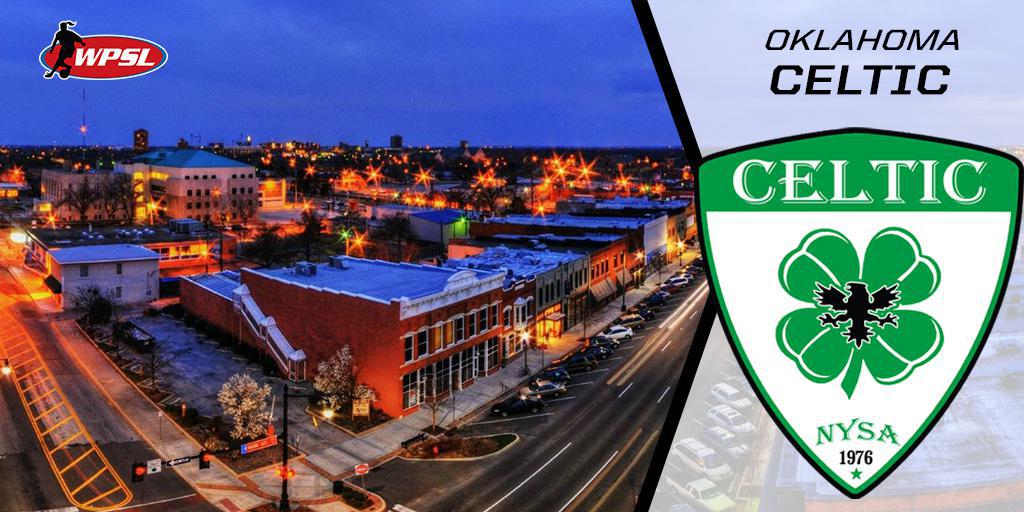 NORMAN, Oklahoma — Oklahoma Celtic, one of the top youth clubs in Oklahoma, has joined the Women’s Premier Soccer League as a 2021 expansion club, the league announced Wednesday.

Celtic is part of the Norman Youth Soccer Association and is a longstanding member of the Elite Clubs National League. It has programs for both its girls and boys teams through the ECNL.

The club will play its WPSL matches in Norman with coaching and player announcements to begin later this year.

"Being accepted into the WPSL completes our developmental pyramid and fulfills our goal of offering soccer to all ages and levels for our female players,” Celtic Executive Director Don Rother said. “Our community has always been very supportive of soccer, and now we will have an opportunity for our parents and players to support some of the very athletes who have grown up in our club and other local college area talent.”

Celtic will have an immediate rival with Oklahoma City FC playing in the same metro as well as Tulsa Soccer Club within the state.

“The WPSL is a fantastic outlet for female athletes to train and develop during their off-season,” Rother said. “Our elite level players will have the chance to train and compete against the best. We are honored to be the third WPSL team in the state of Oklahoma and are looking forward to getting started."

The WPSL is in its 23rd season and is the largest women’s soccer league in the world.  WPSL rosters feature elite collegiate, post-collegiate, international and standout prep student-athletes.  Many of the United States’ most accomplished women’s players have played in the WPSL, including household names such as Alex Morgan, Abby Wambach, Megan Rapinoe, Julie Foudy and Brandi Chastain.