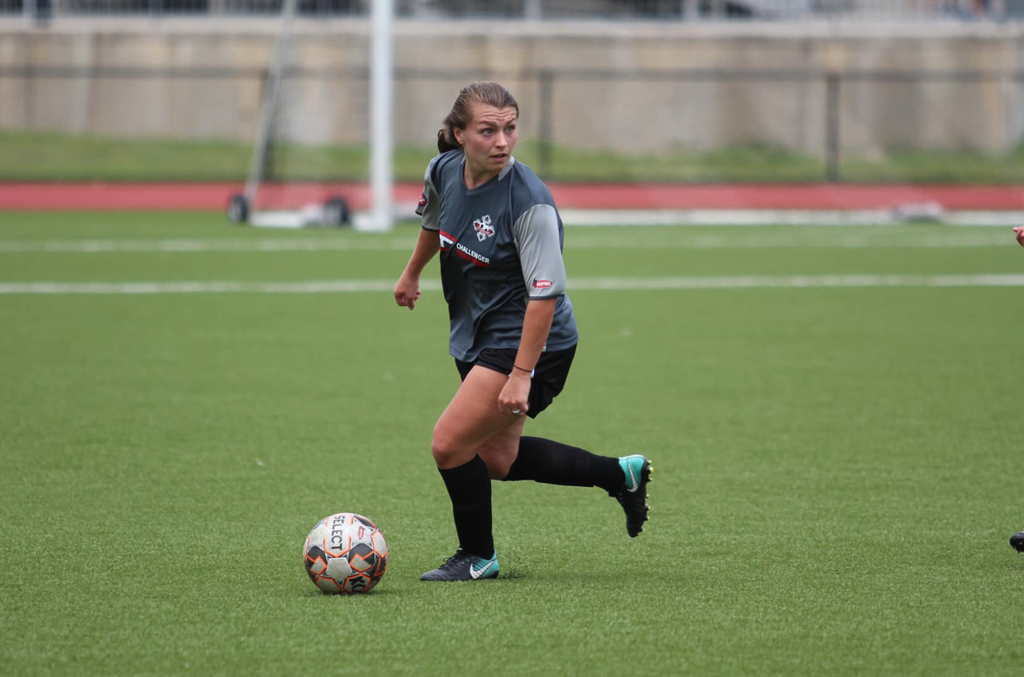 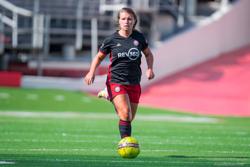 Vaughn played for the Little Rock Rangers in 2018-19. [Jonathan Gonzalez]

Walsall, England, a town eight miles northwest of Birmingham in the county of West Midlands, has produced a lengthy resume of soccer players.

The most notable Walsall native is English Football Hall of Famer Rachel Unitt – a left-back who earned 108 caps and eight goals with the English Women’s National Team from 2000–2013.

For Rachel Vaughn (nee Topliss), another Walsall local and former WPSL midfielder, playing soccer at the professional level was an aspiration she had always envisioned for herself.

“Ever since I was a little girl, I dreamed about playing professional soccer,” Vaughn said. “I knew I had the passion and desire it took, but I wasn’t sure if I would actually get the opportunity.”

Almost two decades later, Vaughn would in fact earn that opportunity and fulfill her lifelong dream when she signed professionally in 2019 for IK Myran Damer, a team out of Finland.

Prior to signing her professionally contract, Vaughn traveled to the United States to play collegiate soccer in the NAIA, enrolling at Central Methodist University in Missouri. This was her first time in the United States, and she described this new chapter as a whole new experience.

Part of this new experience included the WPSL, which she had previously been unfamiliar with. With no soccer in the summer months between her collegiate seasons, she was craving for intense competition.

After speaking with some of the men’s CMU players, who planned to stay during the summer months to play in men’s leagues, she was introduced to the same opportunity for female athletes.

“After my first season of WPSL, I came back to college much stronger and was already 100 percent match fit,” Vaughn said.

Vaughn earned multiple accolades at CMU, where she served as captain and led her team to its first conference title as well as two NAIA tournament appearances. She graduated with a career total of 19 goals and 16 assists and earned All-Conference and All- American honors.

Vaughn was also the first CMU player to sign professionally and credits a lot of her success and preparedness to the WPSL.

“It helped I was continually training over the summer,” Vaughn said. “I was continuously staying fit. Sometimes I think it’s harder to have a break and go straight into preseason. Your body isn’t always prepared.”

Vaughn played three seasons in the WPSL before signing her professional contract. Two of those seasons (2017-18) were with the Little Rock Rangers. In 2019 she played with KC Courage, scoring two goals in 10 matches and making an impact as a playmaker.