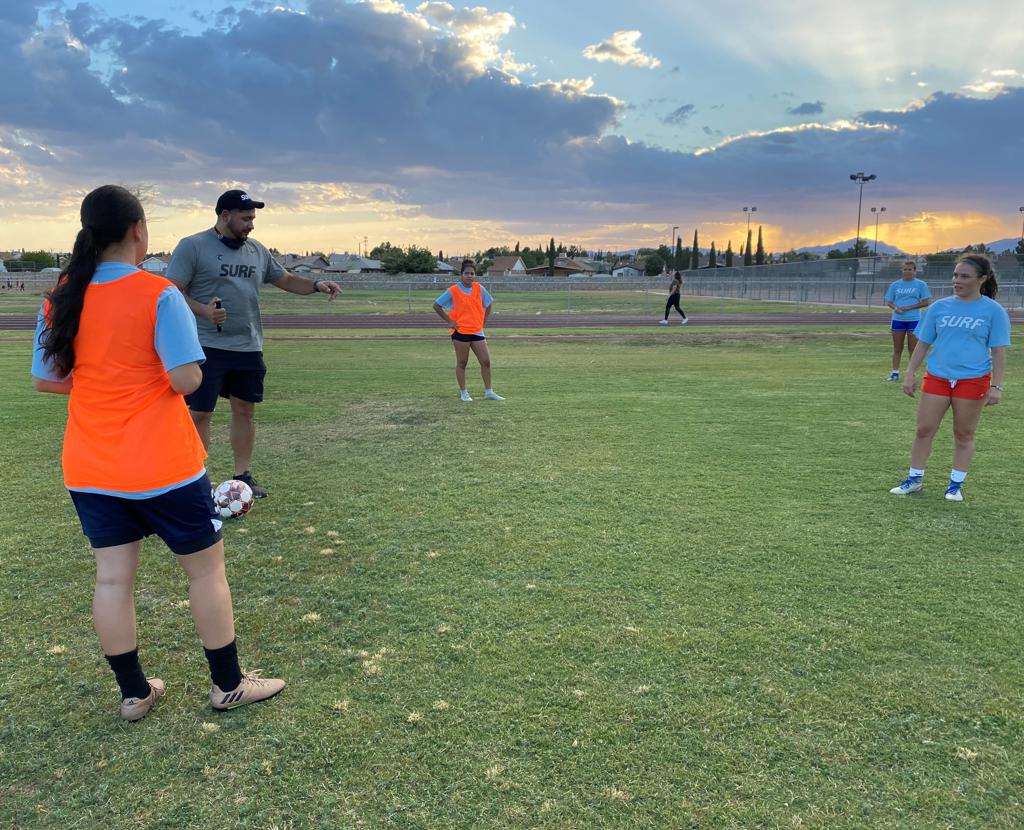 EL PASO, Texas – As the country continues to adapt to the new way of living amidst the fight against the COVID-19 pandemic, WPSL newcomer El Paso Surf has had to put its inaugural season with league on hold and modify its preparations.

“The COVID-19 Pandemic is definitely challenging us,” said David Lopez, El Paso Surf Executive Director and President. “Our primary focus right away was to make sure our players knew we were thinking about them and wanted to make sure they were safe, but we knew going from being active on the fields to being stuck at home would have an impact on them.”

Lopez and his staff have been fortunate enough to lean on its club’s affiliates, San Diego Surf and Surf Nation, who have united to provide weekly at-home individual training plans to keep their players active during these arduous times.

During this time of the originally scheduled WPSL season, the league would be entering its championship weekend for its 23rd season. However, during this pandemic, El Paso Surf has been back on the field together for only three weeks and had to make several major adjustments to their training operations to make that happen.

“Our players need to be screened before every practice, and coaches are screened and have to wear a mask,” Lopez said. “Coaches have had to establish training plans that keep the players separated throughout the practices. I think that’s the most difficult change the players have had to face – the social distancing.”

As the club continues to monitor the daily situation and adapt, Lopez turned part of his club’s focus towards the 2021 WPSL Season by announcing Rafael Reyna as the club’s new head coach. The hired was announced July 1.

“We invited Rafael out to the training sessions with both our youth teams and WPSL team, and right away you could see his passion and knowledge for the game along with his professionalism as a coach,” Lopez said. “[Reyna] was instantly a great fit for the team and for our club.”

Reyna, who has coached for eight years, moved to El Paso from Houston to take on the lead role with the club and holds both a UEFA B License and USSF National B License.

“I am excited to have a hand in the growth of this club,” Reyna said. “We have our objectives as a club, and we are ready to put in the work to represent the city of El Paso the best we can.”

Among all the uncertainties from this pandemic, one thing is clear – Lopez and his club are eager and honored to play in the Women’s Premier Soccer League and will continue using this summer to prepare for the moment they are able to play in the club’s official inaugural season.

“Our primary goal is to provide the best possible opportunities for our players, and we want to continue to build competitive platforms here in El Paso,” Lopez said. “We want our players to have a real opportunity to play against high-caliber competition right here at home, and the WPSL is paramount to player development and provides our college players an environment that can help them maintain their performance by playing against the best in the country.”