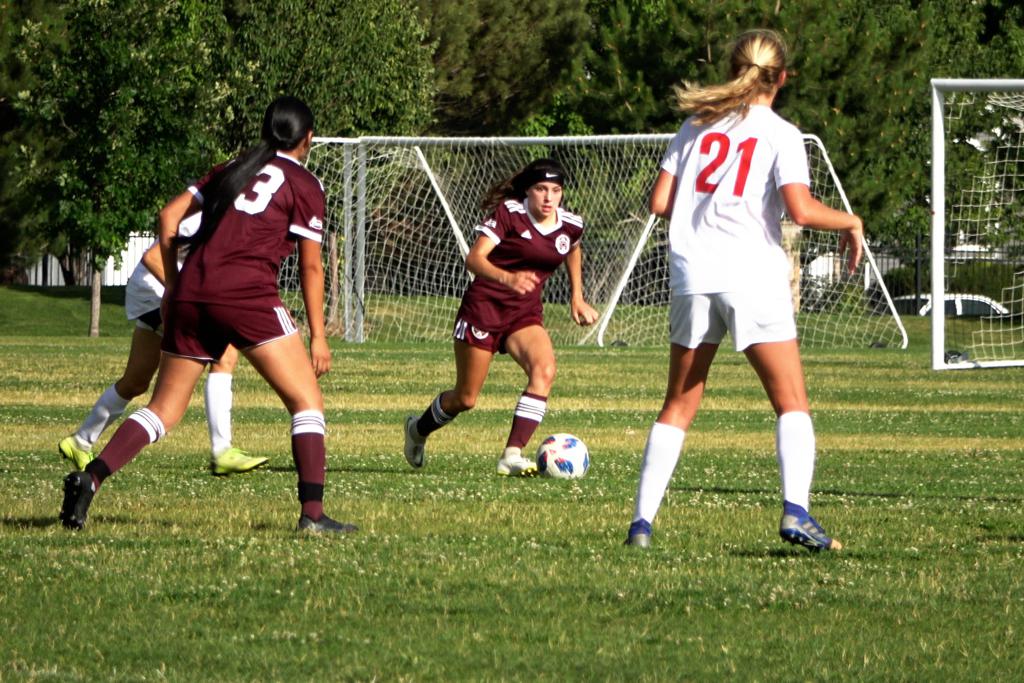 OREM, Utah — The Utah Red Devils split-squad Black and Blue teams competed in a total of four matches the weekend of July 10-12.

To open the competition, the Red Devils Blue team competed against the Utah Arrows SC Blue team, part of the Arrows' split-squad club. The Red Devils trailed 2-0 at half, but Cassidy McCormick (Utah Valley University) finished a beautiful penalty kick putting her team back in the game. However, the Arrows took advantage of their opportunities and won the game 4-1.

Red Devils Black and Arrows SC Black played the next match, one that was much closer. Michaela Didericksen (Idaho State University) scored for the Red Devil's lone goal in a 2-1 loss.

To close out weekend play, Devils Blue played visiting Las Vegas Legends in a thrilling showdown featuring late second-half goals. The Devils took the lead early with a goal from McCormmick. However, the Legends responded with two goals of their own.