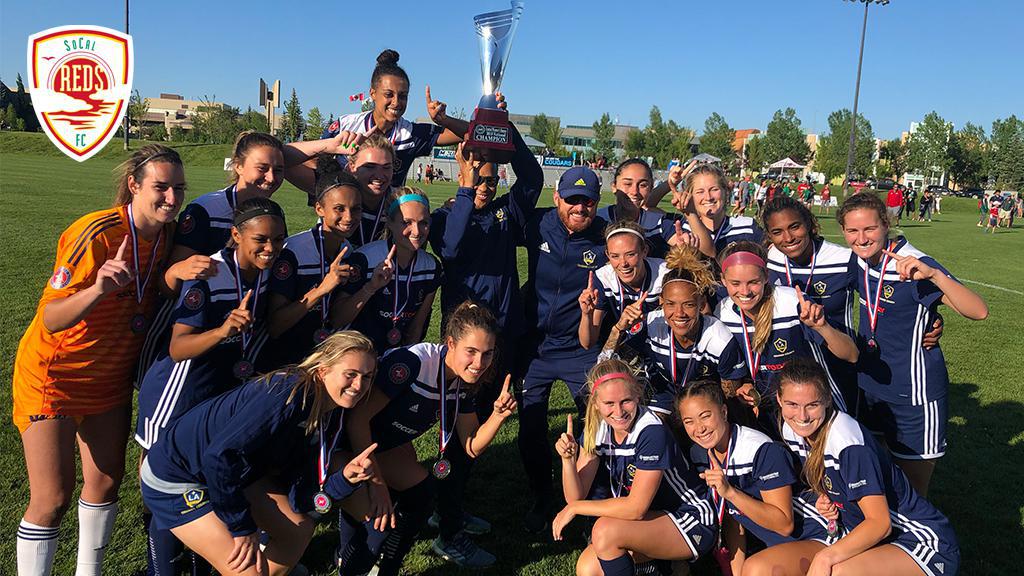 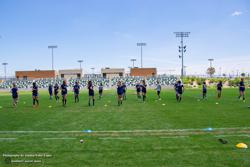 SoCal Reds FC has been able to safely train during the the summer months. [SoCal Reds FC]

IRVINE, California — When WPSL league play kicks off again, the top teams throughout the country should be on notice: a new contender has joined the fray.

After winning the 2019 United Women’s Soccer (UWS) championship, LA Galaxy OC decided it was time for a change not only in competition but also its branding.

After facilitating a club-wide rebrand, the SoCal Reds FC are prepared to take the WPSL by storm.

Known as one of the top women’s teams in the country, the Reds’ reputation speaks for itself. Winning last season’s UWS championship led directly to professional opportunities for top players in the program.

Three players on the 2019 roster were drafted in the 2020 NWSL draft. The Washington Spirit selected Natalie Jacobs, while both Taylor Kornieck and Abi Kim heard the Orlando Pride call their names on draft day. An additional nine players from the Reds’ championship team signed professional contracts internationally.

Throughout the summer, even with all official WPSL competitions canceled because of the COVID-19 pandemic, the Reds have worked toward 2021 in rebuilding their squad with a combination of experienced returnees and exciting prospects.

The Reds have 14 players from their championship roster returning, including former US National Team star Natasha Kai, who played for WPSL side ASC San Diego at the start of the 2019 season, and standout goalkeeper Hillary Beal. Thus far, the Reds have 18 additions ranging from two high school players to local soccer veterans that have professional experience.

Coach Scott Juniper, returning for his third season with the club, has been tasked with rebuilding the team’s roster, an opportunity he enjoys.

“Coaching this team is such a unique experience,” Juniper said. “It's built on some simple principles which attract a certain type of player who loves the game, wants to compete, wants to grow the game and play it in the right way. It takes hundreds of hours on the phone connecting the dots to build a team like this, but when you gather a group of players with a shared mindset like that a chemistry emerges that takes the team to another level.”

Developing a team bond has never been a problem for the Reds, and as the team develops its on-field identity the organization’s brass is continuing to promote the team’s new club identity. The team’s rebranding to the SoCal Reds FC is more than a jersey change, but a representation of the club’s desire to amplify the unique experience of playing soccer in Southern California.

“Our youth club provided us the opportunity to create a unique brand of our own that is representative of our multifaceted female athletes from Southern California,” said Adrianne Angle, SoCal Reds FC Women’s Team Director. “We are proud to share that SoCal Reds FC is a reflection of this vision.”

What makes the Reds truly unique is the culture that surrounds the team. From upper-management to the coaching staff, the goal has always been to create a fun and competitive environment for female athletes to grow within the game. Juniper continues to work on instilling that message.

“The last two words on the board at the end of our team talks are have fun,” Juniper said. “I think we have built a system of development that all too often forgets that piece of the puzzle, and we make it a central piece of everything we do. Honestly, we have the best time.”