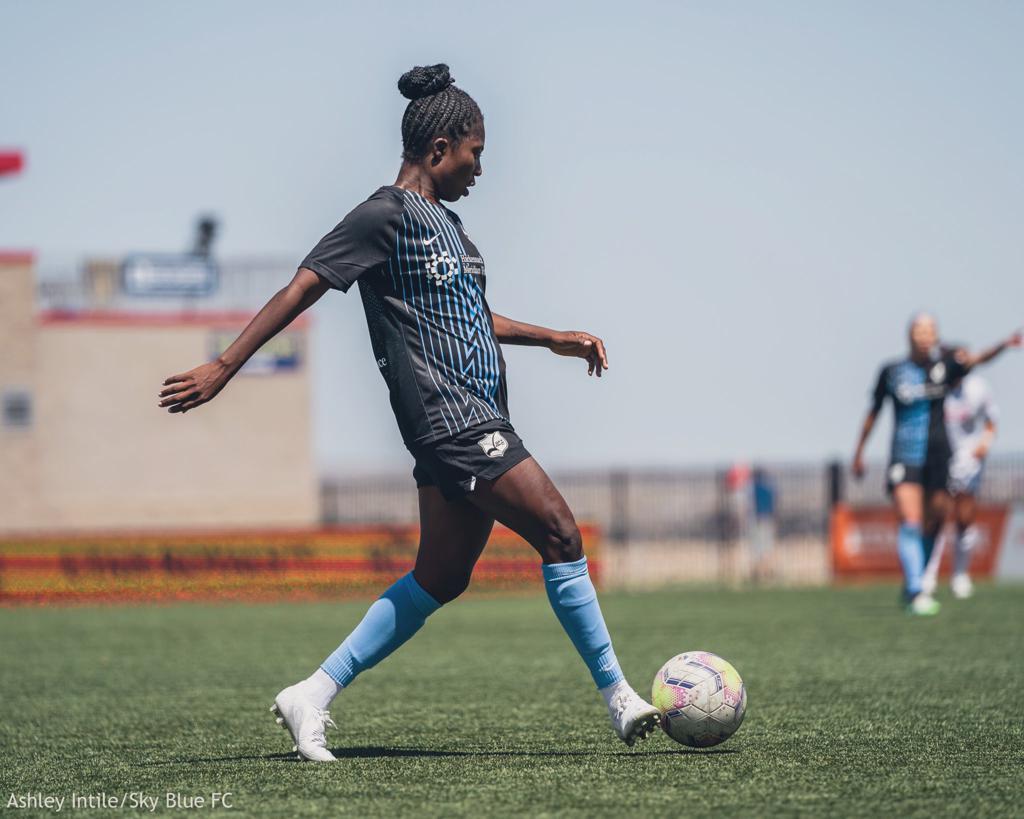 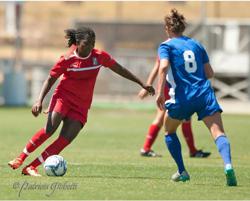 The midfielder from Ghana secured this new contract after an impressive performance with the club during the NWSL’s Challenge Cup in June after earning a spot on the roster through an open tryout.

“There’s definitely a spark about her, something different, she was really aggressive”, Freya Coombe, Sky Blue FC Head Coach, said during an NWSL interview. “You could just tell how much the tryout meant to her – she stood out for that reason."

Cudjoe made her NWSL debut on June 30 in the 60th minute during a match versus OL Reign. Cudjoe played in all six of the club’s matches in the tournament where she started in four while recording 368 minutes and an 80.5 percent pass accuracy. Sky Blue FC would eventually be eliminated in the Semi-Finals by the Chicago Red Stars.

Cudjoe earned first team positions with Ghana’s U17 and U20 World Cup teams and was named Female Football Player of the Year in 2015 by the Ghana’s Sports Writers Association.

During her time with the Women’s Premier Soccer League, Cudjoe played the 2016 and 2017 seasons with California Storm and the 2018 and 2019 seasons with Asheville City SC.

The WPSL strives to provide the highest level of development opportunities of amateur players in the United States. 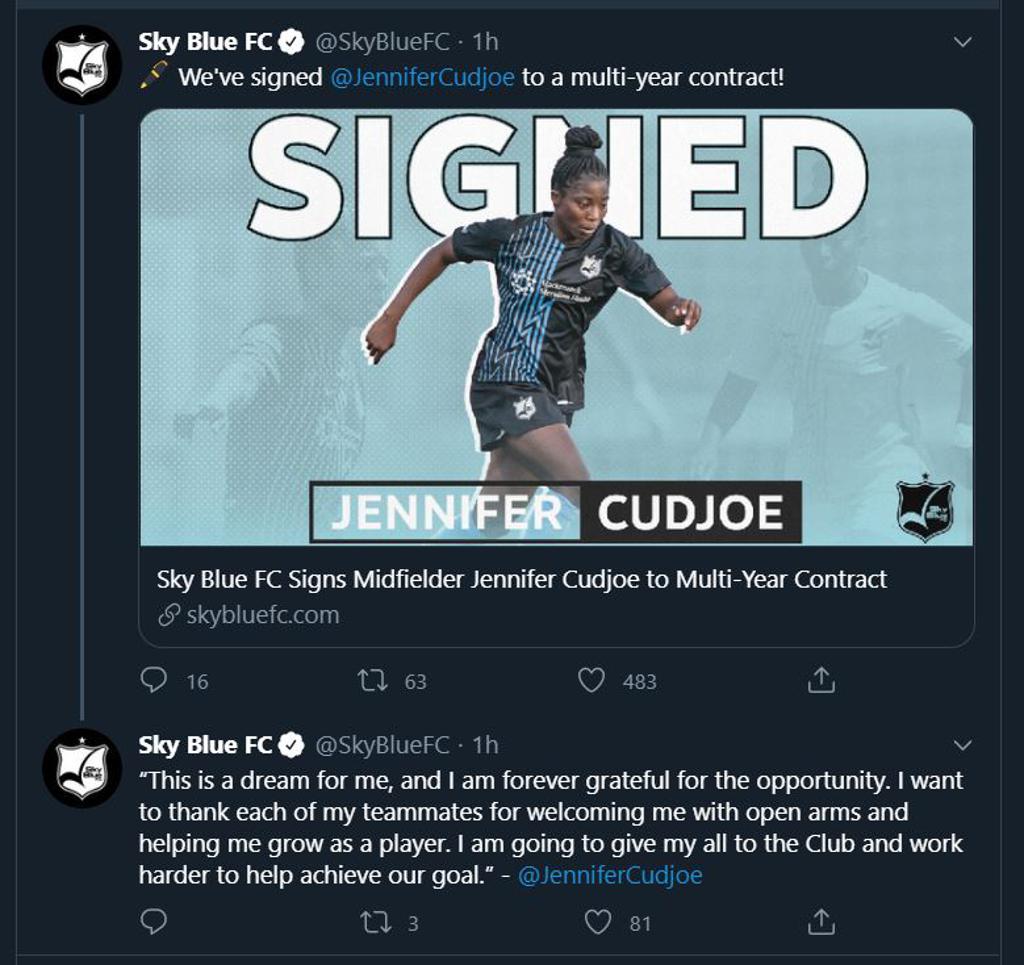