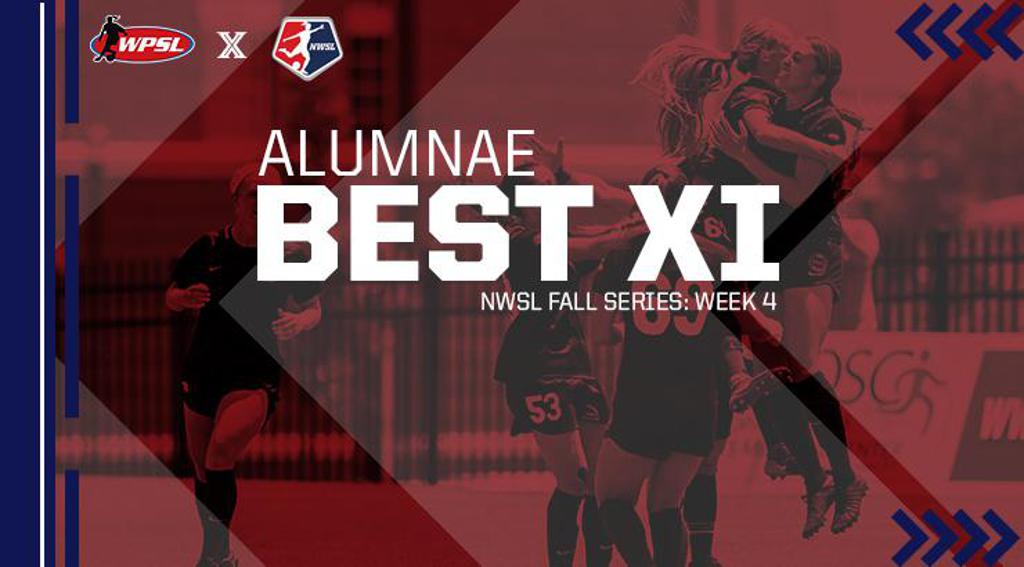 OKLAHOMA CITY, Oklahoma – The WPSL Alumnae BEST XI has been chosen for Week 4 of the NWSL Fall Series. 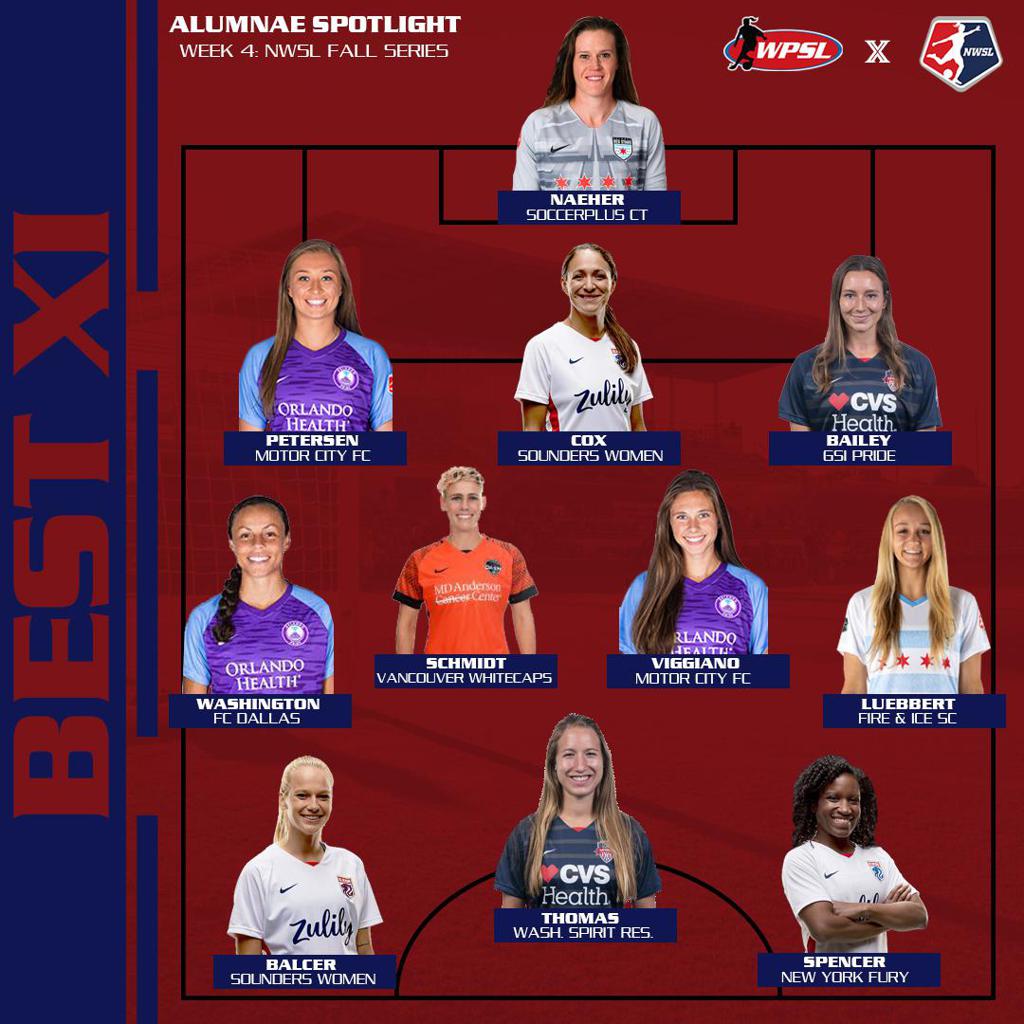 OL Reign and Utah Royals FC had a shoot out in the first half of their match which ended in a 2-2 draw with all four goals coming in the first 45’. Down 2-0 Steph Cox (OL Reign/Seattle Sounders Women) found Bethany Balcer (OL Reign/Seattle Sounders Women) to cut the lead to one with a goal in the 23rd minute. Five minutes later in the 28’ Jasmyne Spencer (OL Reign/New York Fury) would assist Rosie White to equalize.

Houston Dash and Orlando Pride looked to have a similar storyline with Sophie Schmidt (Houston Dash/Vancouver Whitecaps) making the assist on Nichelle Prince’s goal in the 27th minute. With the first half in its final minutes Marisa Viggiano (Orlando Pride/Motor City FC) would score off an assist from Chelsee Washington (Orlando Pride/FC Dallas) to even it up going into the locker-room. However, Houston would close it out in the second half with two more goals- one being from Sophie Schmidt in the 55’.

Courtney Petersen (Orlando Pride/Motor City FC), who started her second match for Orlando playing another full 90’, is proving to be an asset for the club in the backfield. The seventh pick in the 2020 NWSL College Draft has a 61.1% pass rate with ten clearances, two blocks, and four interceptions.

Alyssa Naeher (Chicago Red Stars/SoccerPlus CT) earns a second WPSL Alumnae BEST XI after three saves versus Washington Spirit. Naeher has just four goals against on this series with 14 saves and nine shots on goal with a 77.8% success rate.

After a scoreless first half for Chicago and Washington, Chicago would take the lead in the 72nd minute on a goal from Savannah McCaskill from an assist by Sarah Luebbert (Chicago Red Stars/Fire & Ice SC). This is also Luebbert second WPSL Alumnae BEST XI.

The win would just slip from Chicago after Crystal Thomas (Washington Spirt/Washington Spirit Reserves) – who entered the match at the start of the second half, would net the equalizer in the 88th minute which would also earn Thomas Alumna of the Week. 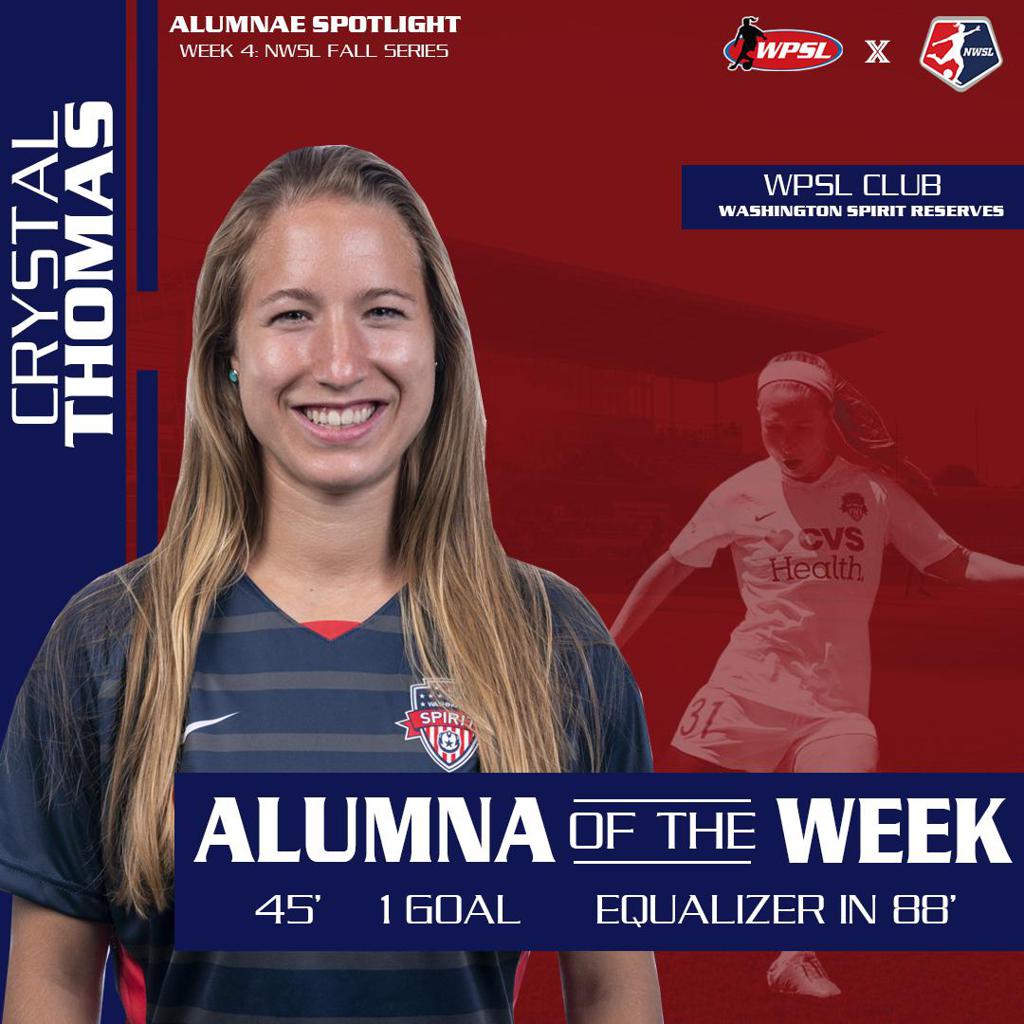