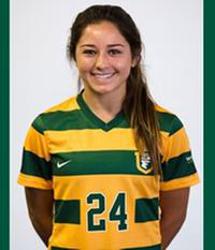 Nakae played in three Fram Ajax matches during the 2017 season. She had an assist in the club's 4-2 loss against Legends FC.

She played collegiately at the University of San Francisco. She is tied for the most appearances in school history with 79 (77 starts).