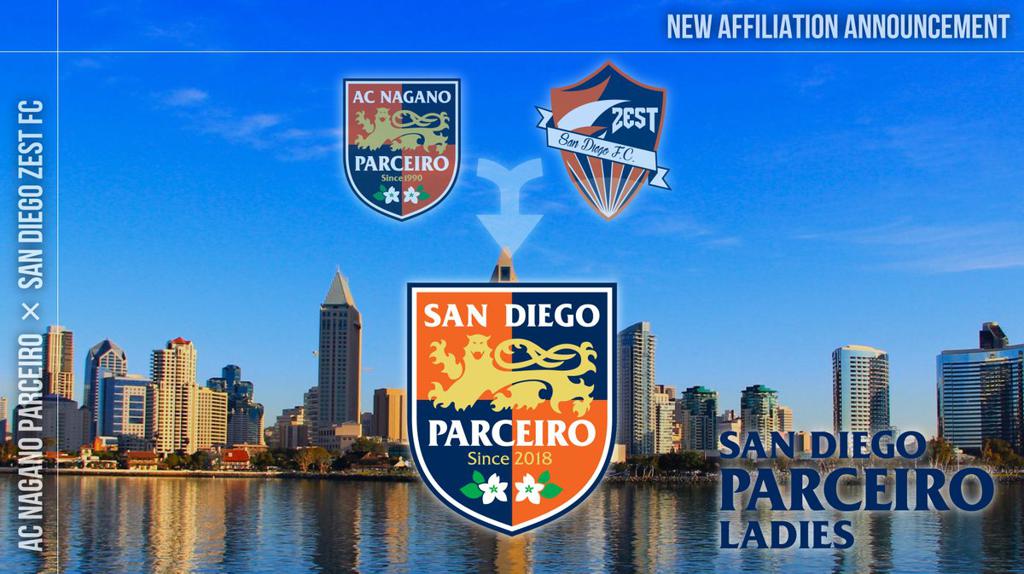 With the affiliation, the team will be renamed from San Diego Zest Women to San Diego Parceiro Ladies.

“We are so proud of our new affiliation with AC Nagano Parceiro," San Diego Parceiro Ladies owner Chase Yamauchi said. "We have successfully connected our men’s team to the world by owning a Montenegrin third division club and by inviting an Argentina club to our upcoming pro combine. Now it’s time to expose our women’s team to the world.

Former Parceiro Ladies player, Kumi Yokohama, has been selected for Japan’s national team squad since 2015 and currently plays for FFC Frankfurt, which competes in the the first division of Women’s Bundesliga.