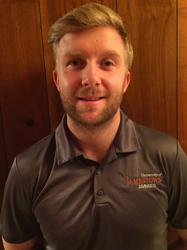 Hartley, who is from Northampton, England, played three National Premier Soccer League seasons in the United States, lastly with the Fusion's NPSL club.

Jamestown finished the 2017 collegiate season No. 22 in the NAIA rankings with a 14-5-1 record. Hartley has been an assistant for two years at Jamestown, his alma mater.

In total, Hartley has been involved in North Dakota soccer as a player or coach for six seasons.

The Fusion will play its 2018 home matches at Jim Gotta Stadium in Moorhead, Minnesota. The first home match is June 9 vs. Chicago Red Stars Reserves