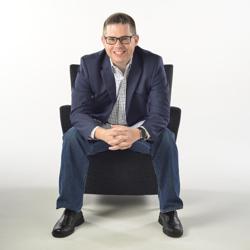 OKLAHOMA CITY — The Women’s Premier Soccer League, the largest women’s soccer league in the world, has entered into an agreement with Jeramie McPeek Communications (JMc) for digital consulting services for the 2018 WPSL season.

“Having worked in women’s professional soccer before and having even helped coach my own daughter’s soccer team when she was growing up, I could not be more excited about partnering with the WPSL to help grow this amazing league’s digital and social media footprint,” said McPeek, who spent the 2017 season consulting the National Women’s Soccer League (NWSL).

After spending 24 seasons with the NBA’s Phoenix Suns and WNBA’s Phoenix Mercury, most recently as Vice President of Digital & Brand Strategy, McPeek launched his own company in late 2016 – focusing on sports properties, small businesses, non-profits and faith-based organizations – enabling each to tell its own unique story via digital and social media.

In addition to his experience in soccer and basketball, McPeek served as the “Social Media QB” for both the Arizona and Houston Super Bowl Host Committees (2015, 2017) and worked on social campaigns for the Pope’s visit to the United States in 2015 and the NFL Players Association from 2011-13.

Named one of the country’s top 30 online sports marketers in 2014, McPeek has been a featured or keynote speaker at more than 40 conferences throughout the world, including Amsterdam, Melbourne and London.

“When Jeramie and his team were introduced to us, it didn’t take long to see that their experience and enthusiasm were a natural fit for the WPSL,” said Brad Lund, WPSL vice president. “We look forward to delivering the great story our teams and talented athletes deliver on a daily basis.”

The Women’s Premier Soccer League strives to provide the highest level of developmental opportunities for amateur players in the United States.  Entering its 21st season, the WPSL has grown to more than 100 clubs and is the largest women’s soccer league in the world.  Team rosters consist of highly skilled players from collegiate, post-collegiate, international and standout prep athletes.