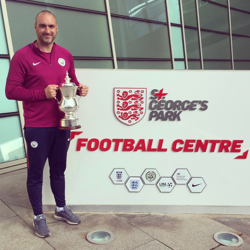 Puro agreed to a four-year contract with TTi. He assisted Manchester City's first team and lead the U-16 women's team to the F.A. Youth Cup title.

"It's a new and exciting challenge for me," Puro said. "I loved my time with Manchester City and look forward to the challenge of the WPSL. Having lived and worked in the United States before, I am looking forward to returning to to the States.

"TTi had a wonderful inaugural season and I look forward to working with the players this coming season."

"We are very happy to have a coach of such distinction, experience and value working at TTi," club sporting director Lee Cullip said. "Dave brings international experience with him and embodies the core values of TTi. We believe that Dave will be able to help to produce players and start to build on a solid reputation for women's football in Houston."