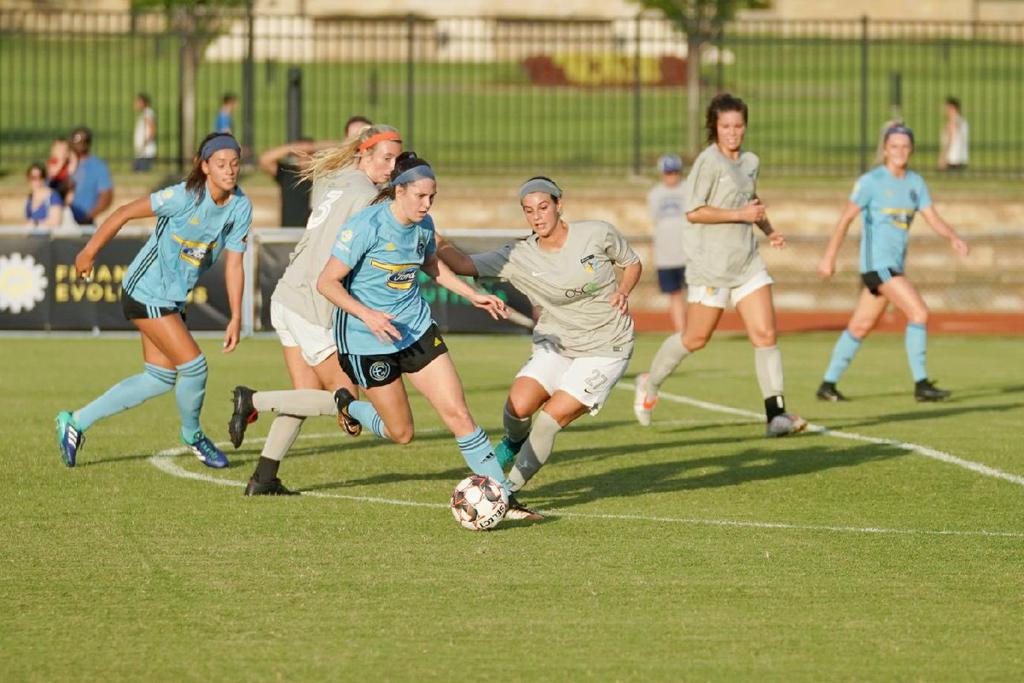 All but two Central Region clubs (FC Wichita, Little Rock Rangers) that played this past weekend were making their 2018 WPSL season debuts.

Fire SC 98 earned a 3-1 victory at Seafoam Stadium, its home, over the Dakota Fusion FC.

The Fusion earned a quick goal to score first. But Fire SC 98 turned the match around before the halftime whistle, for Mariah Haberle scored a goal to tie the match.

Early in the second half, Fire SC 98 scored back-to-back goals. Taylor Bare scored the first goal, and McKenzie Langdok followed it up.

After the match, Bare said that it felt great being able to finally play.

“We have a great group of girls, a lot of competitive girls,” Bare said to Equal Time Soccer. “It felt good to get the nerves out, kind of get a feel out for everything. It felt awesome.

A new rivalry has been born in Oklahoma.

After the addition of Fortuna Tulsa to the league, Oklahoma City FC wasn’t the only club within the state anymore. Before the season began, Fortuna Tulsa coach Michael Wilson said that he wanted to create a friendly rivalry between the two clubs based on the atmosphere it could provide.

The rivalry had its first result Friday night in front of an impressive 1,750 in attendance in Tulsa.

Oklahoma City FC won the match with Addyson Guthrie’s goal in the 36th minute. Madison May assisted the goal.

Oklahoma City FC also earned a 1-0 victory over the Little Rock Rangers on Sunday with Ryan's winning goal in the 90th minute.

Lady Demize, based in Greater Southwest Missouri, is one of three WPSL clubs featuring in provisional play this season, which will not count in the standings. Lady Demize, along with Alamo City SC and Elite Girls Academy (EGA), are the clubs playing provisionally in 2018 ahead of joining the league as expansion sides full-time for the 2019 season.

Lady Demize and the St. Louis Lions, an expansion club itself, played their openers Sunday. St. Louis is one of many expansion clubs in the WPSL. St. Louis claimed the 4-0 victory at Tony Glavin Soccer Complex.

With a lightning delay that interrupted the second half, no goals were scored by either side in the final 45 minutes.