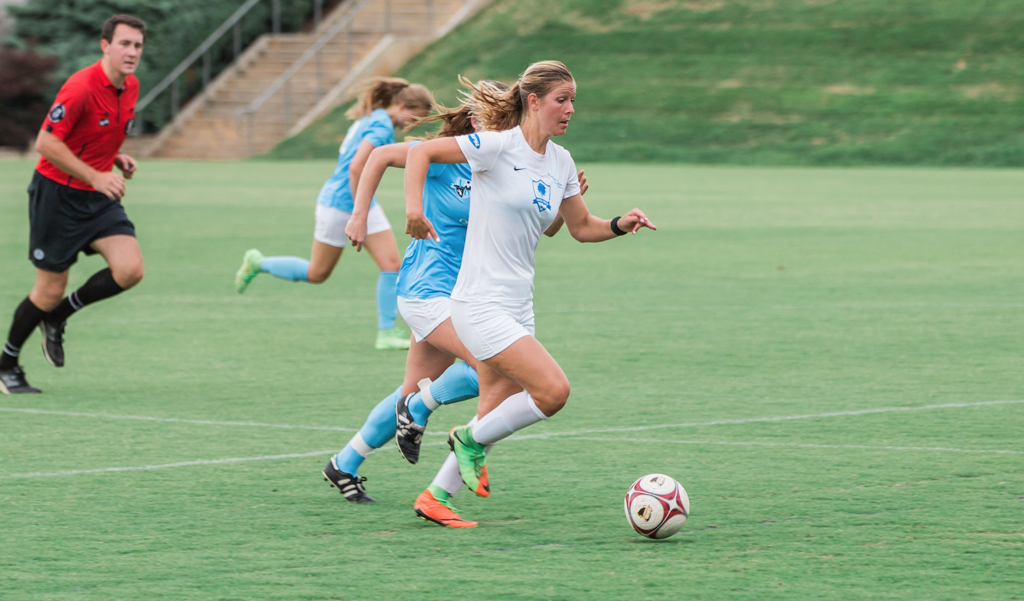 Oak City United needs a win this weekend to stay alive in the race for the conference title. [Scott Lloyd, SL Photography​]

The end of the season is rapidly approaching, and the fight for playoffs is heating up. Only the conference champions will make the playoffs this year.

Carolina Rapids and Beaufort County FC sit in second and third place respectively in the Carolinas Conference. With Asheville City SC’s dominant form this season, both clubs need to keep winning to keep their playoff hopes alive. A win for the Rapids leave them just one point behind Asheville with three matches left, and a win for Beaufort prevents its mathematical elimination for at least another week. To make the playoffs, Beaufort County needs to win its final four matches and hope that Asheville drops points somewhere.

With the late start to the Sunshine Conference this year, the playoff race hasn’t quite reached the fever pitch of the other conferences. That said, these two clubs have emerged as early favorites, and winning now eases the need to win later. The Dutch Lions currently sit atop the Sunshine Conference with nine points through four matches, while the Florida Sol sits only two points behind.

Pensacola FC sits level with Baton Rouge United on points with 13 after five matches. Alabama FC is just four points behind. Alabama needs to win to stay in the title fight and finds itself eliminated with a loss. A win for Pensacola will help it take the fight to Baton Rouge United and lead the conference after Week 7.

Oak City United is still technically in the playoff fight despite sitting in fifth place in the Carolinas Conference. The club has four matches left to play and needs to win all four and hope for upsets elsewhere just to stay alive. This includes a midweek fixture against Asheville next Wednesday which, if Ashville wins, should eliminate Oak City. Carolina Lady Dynamo is playing for bragging rights and final position at this point, for with five points through seven matches the club can no longer catch either Asheville or Carolina Rapids.

Rangers Ladies FC have played only three matches this season with more than half of their schedule remaining. The club has a chance to fight their way up the Gulf Conference standings. Rangers play twice this weekend, against Mississippi Blues Soccer Club and Alabama FC, and need Alabama to defeat Pensacola to remain in the hunt.