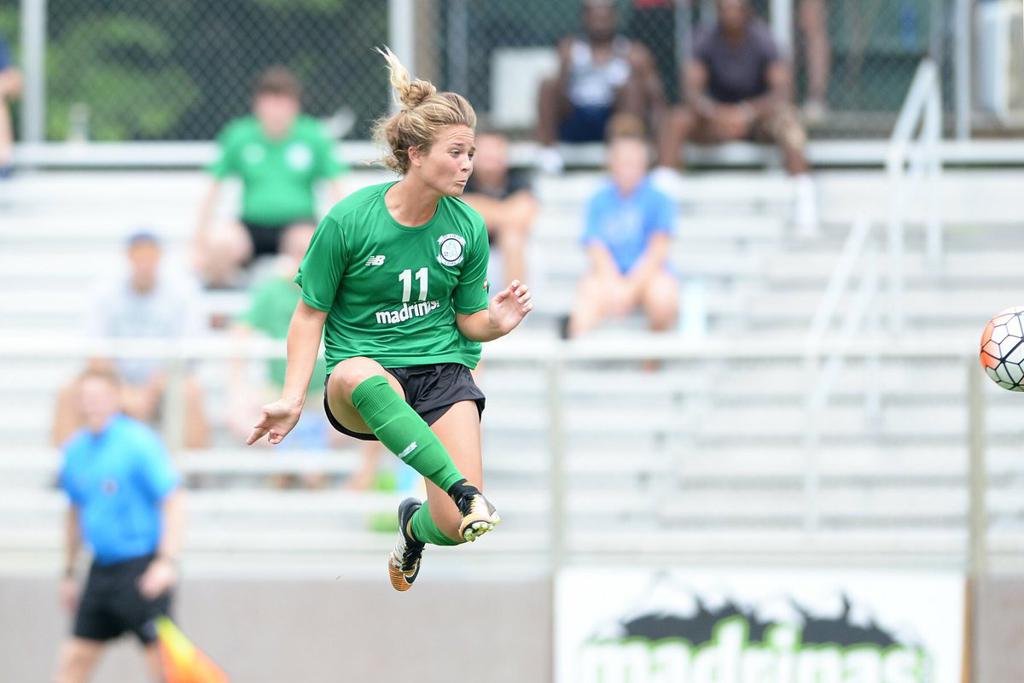 FC Dallas was well aware of the hot-streak Fortuna Tulsa was riding before the two sides faced off on Friday.

Fortuna Tulsa had won the last five matches in the Southwest Conference. Meanwhile, FC Dallas is the top team in the conference and proved too much for the Oklahoma-based club.

Five goal scorers found the back of Micaela MacKay’s net. Halee Sowinski, Kaycie Tillman, Julie James, Addison McCain and Trinity Thomas each scored for FC Dallas. The victory marked the fifth win a row for FC Dallas, for the club has yet to lose a game this season.

A victory against Dakota Fusion FC has propelled an interesting race for second in the North Conference. Right now, Fire SC 98 and the Milwaukee Torrent are neck-at-neck for second place in the North.

Three goals by three different players lifted the Torrent over Dakota Fusion FC. Aubrey Krahn didn’t waste any time giving Milwaukee the lead with a goal in the 6th minute.

Leah Celarek and Gaby Zabala also scored in the first half.

Meanwhile, Mallory Fenske scored the club’s first goal for the Fusion on home turf. Later in the weekend, the Dakota Fusion earned its first WPSL point against the Minnesota TwinStars on Sunday.

Despite being in the same conference as the reigning WPSL champions, there is no set team running away with the Heartland Conference. Instead, it’s a close race up top among St. Louis Lions, Kansas City Athletics and Fire & Ice SC.

St. Louis earned a dominant win at the Tony Glavin Soccer Complex on Sunday. Five goals were scored in the dominant display in front of home fans in St. Peters, Missouri.

Mackenzie Rief and Christina Rodriguez each scored two goals. However, Maddie Pokorny scored first goal of the match to get momentum rolling for St. Louis.

That momentum came in handy when goalkeeper Olivia Silverman made a penalty-kick save to preserve a clean sheet. Silverman features at the collegiate level for Saint Louis University.

Fire & Ice SC also helped its standing in the Heartland Conference with a 3-0 victory over the KC Courage on Saturday. Meanwhile, the Kansas City Athletics fought to a scoreless draw against the Des Moines Menace Women.