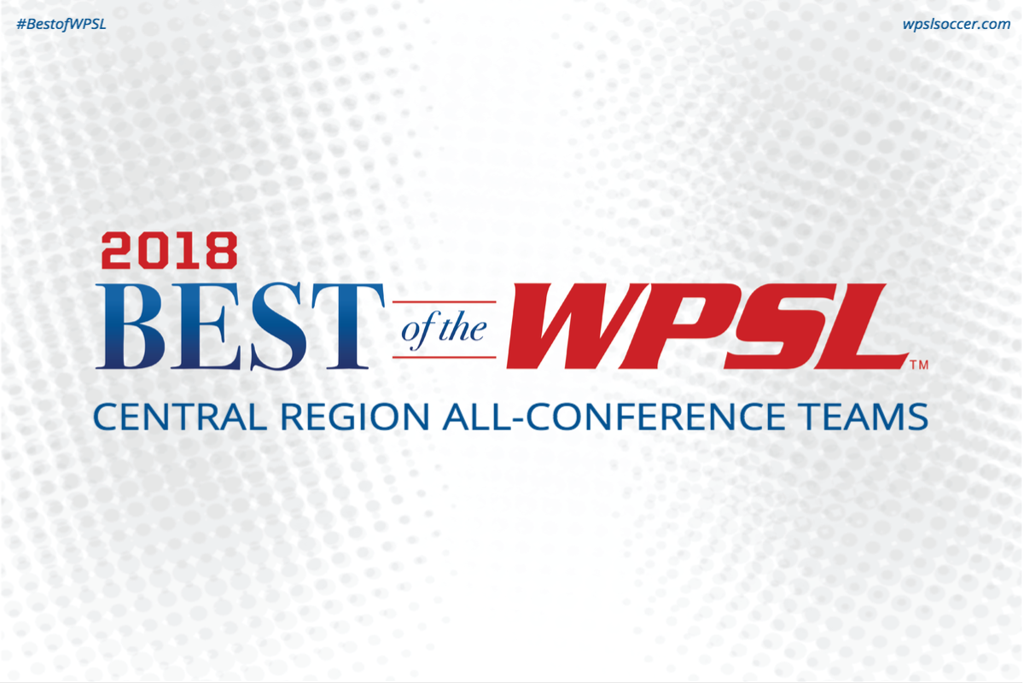 OKLAHOMA CITY – The Women’s Premier Soccer League, the largest women’s soccer league in the world, has announced the 2018 All-Conference teams for the Central Region.

Chicago Red Stars Reserves, the Central Region champion, and Fire & Ice SC (St. Louis) have a region-best five players each on their respective all-conference teams. They are joined by expansion-side Fortuna Tulsa, which also had five players selected to the Southwest Conference All-Conference Team.

Clubs within each of the four conferences nominated players to determine their respective All-Conference team. The all-conference teams for the South and East Regions will be revealed later in the week. For more information, visit wpslsoccer.com. 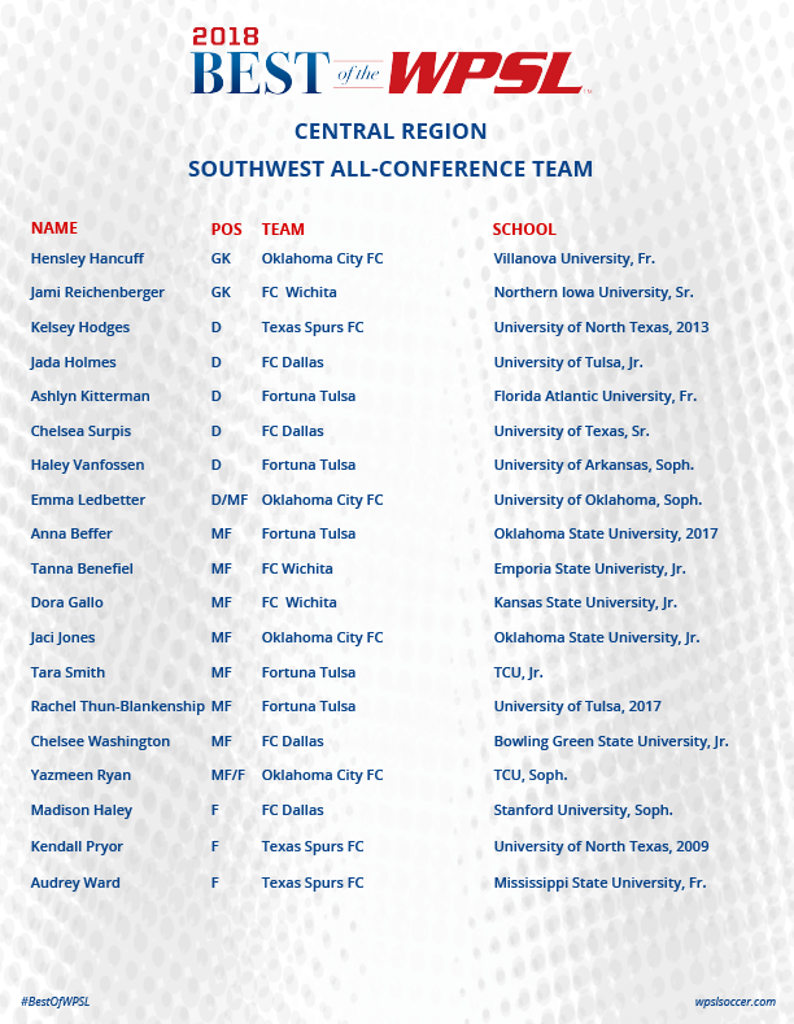 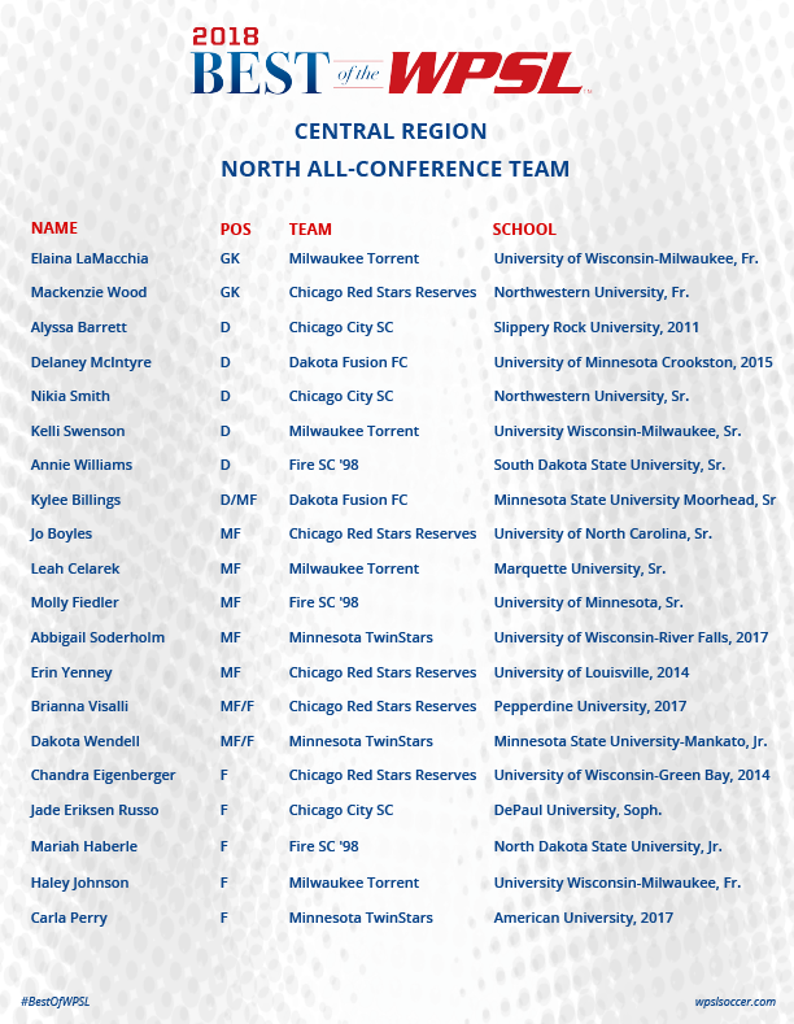 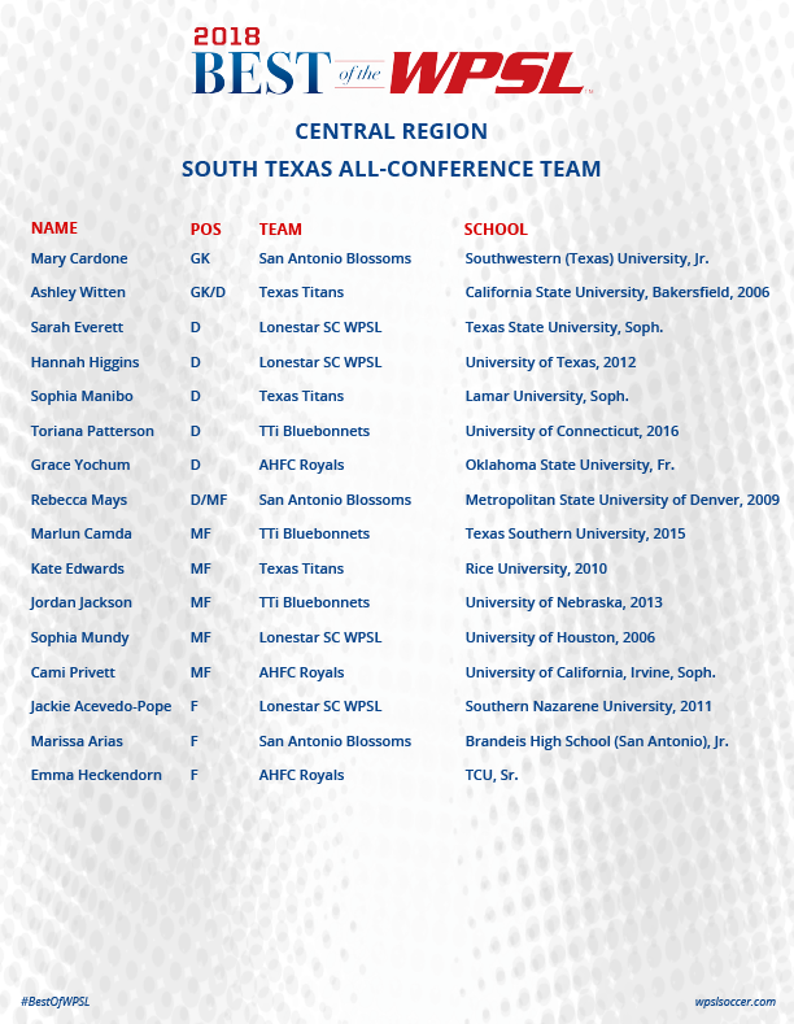