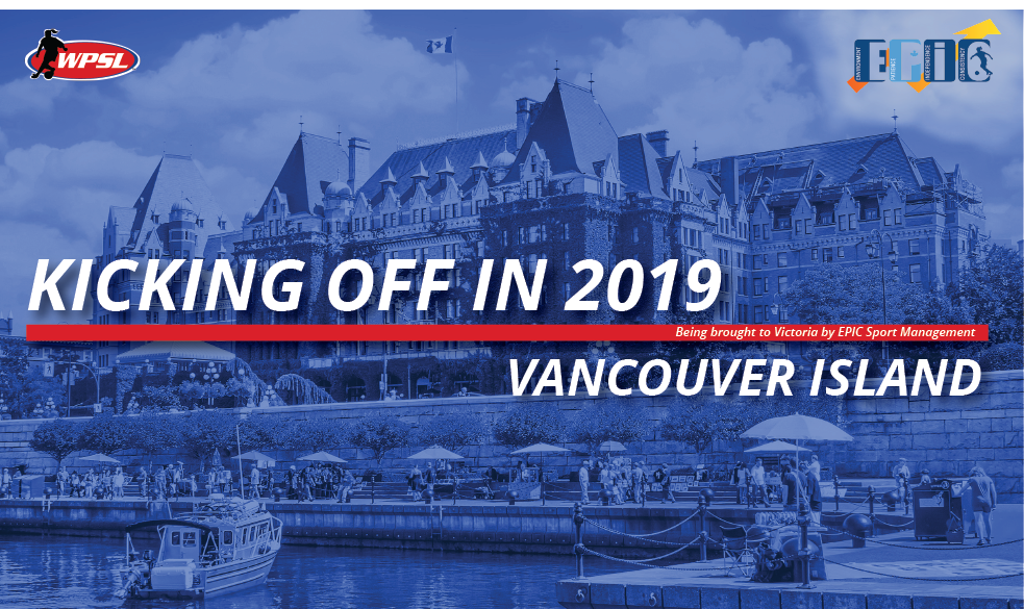 Corey and Stacy Volk, longtime supporters of sports within the Victoria community, will be the managing directors for the club. Neil Sedgwick, Director of Youth Development at EPIC Sport, will be the WPSL club’s head coach.  Sedgwick is also in his third year as head coach at the University of Northern British Columbia women’s soccer team.

“EPIC is very excited to be part of bringing the WPSL to Vancouver Island,” Sedgwick said. “It has been a few years since the island has had this level of women’s soccer. By Vancouver Island having a team in the WPSL, youth, current university and former university female players are given the opportunity to compete and develop outside of their current playing environments.

“This team extends the pathway of the women’s game on the island, and we believe that these women will excite and ignite young female soccer players on the island.”

The official club name will be announced at a later time, for EPIC Sport Management seeks feedback from its supporters for its name. A stadium location is being finalized and will be revealed in the upcoming months.

The new club in Victoria will play in the West Region. It will have an immediate rival in TSS Rovers, a Vancouver-based club that finished third in its first season in a competitive Northwest Conference.