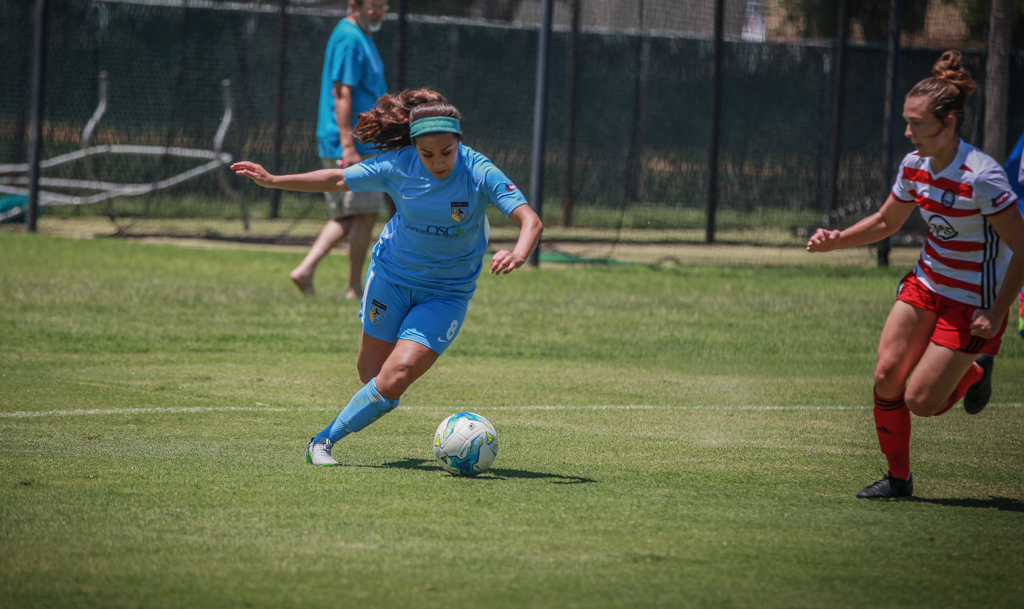 Ivanna Rivas used her experience playing in the WPSL this past summer as a step into a successful fall season at the University of Oklahoma, where she was the school's second-leading scorer. [Shar Rother, Oklahoma City FC]

Ivanna Rivas has a personality that can light up a room.

When Matt Potter first met Rivas during her high school soccer career in Edmond, Oklahoma, he noticed not just her ability to shoot but also her personality. He was impressed by her enthusiasm, energy and passion for the game of soccer.

Potter, a big fan of recruiting local players, had no hesitations in bringing Rivas to the University of Oklahoma. He called Rivas a great striker and, in her junior year, she has become a player that’s popular among her teammates for all the right reasons.

However, this past offseason, Potter gave Rivas a challenge.

“Halfway through her college career, she had a thought of, ‘Why am I doing this?’” Potter said. “We sat down and had a frank and honest discussion about fulfilling the potential that we knew she had and that we thought she had.”

That’s when Potter brought up the WPSL. Despite not telling Rivas where she should play, he knew that she would fit in with Oklahoma City FC because of the location.

“She had a great season in the league, then came back to our program and never looked back,” Potter said. “At the end of the day, all the credit goes to Ivanna. She did the work and made the right choices. She’s living the reward of her endeavor.”

This collegiate season with the Sooners, Rivas scored five goals in 19 matches. She said that she learned through the WPSL to have more fun with the game.

“Playing for college is very serious, but then playing for a summer league team is different,” Rivas said. “I learned to have more fun and be out there a little bit more. Competing was fun, still, but having fun was even better.”

Rivas said that Zach Bice, Oklahoma City FC co-head coach, is a lot different than Potter, but enjoys playing for both coaches.

“He’s a really funny guy and he’s really fun to be around,” Rivas said. “He does tell you how it is, though. He told me I needed to relax and have fun. He really loosened me up. Personality wise and playing wise, he helped me have fun with the game.”

Rivas knows that she will work again with Bice, for she has proclaimed her interest in returning to Oklahoma City FC next summer. The striker said that Bice and her teammates were a big factor in her decision to return.

“That chemistry doesn’t go away,” Rivas said. “It will be fun to retouch on that. It was fun learning more about each other. The bus trips and such, the people I didn’t really talk to, I got to know them better.”