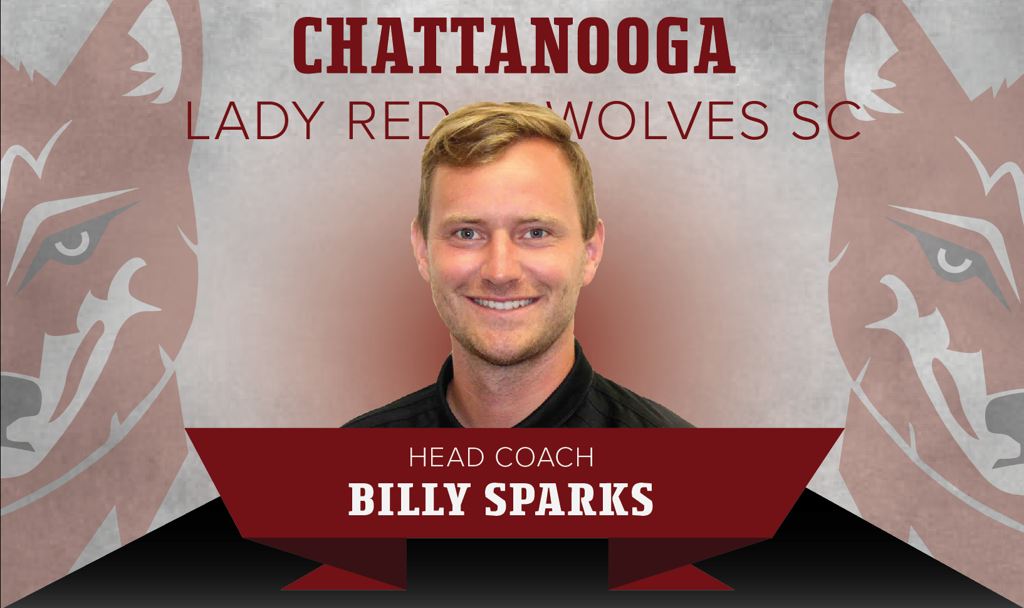 Sparks is an assistant coach for the Tennessee Wesleyan University’s men’s soccer program, a team he joined in August 2018.

“We are thrilled to have Billy join us for the 2019 season,” Red Wolves owner Gretchen Hammel said. “His experiences as both a player and a coach coupled with his passion for the game make him the perfect fit for our team and the Chattanooga Red Wolves SC organization. This season will be an exciting one to watch.”

The Leicester, England native graduated from TWU after a successful collegiate soccer career in 2013 with degrees in Exercise Science and Sports Management. During his time as a player for the Bulldogs, Sparks was team captain for two years, selected All Conference three times, named one of the top 10 NAIA defenders in 2011 and helped the Bulldogs bring home an Appalachian Athletic Conference (AAC) regular season title in 2010 and the AAC tournament championship in 2012.

Following his graduation in 2013, Sparks pursued a M.B.A. at St. Andrews University in North Carolina where he was a graduate assistant for the men's soccer team. Under Sparks’ leadership in 2014, the team achieved the best season in school history when the Knights went 17-2-1 and won the AAC regular season and tournament championships. The Knights also made an appearance in the Sweet 16 of the NAIA national tournament that season.

“I would like to thank Gretchen Hammel and the Red Wolves staff for giving me this opportunity,” Sparks said. “Soccer is my passion, and I am thrilled to be able to take on this new venture and continue my development as a young coach.”

Sparks’ returned to TWU after serving as a graduate assistant for the prolific William Carey University Men's Soccer Team during the 2016 and 2017 seasons. The team reached the Elite Eight of the NAIA national tournament both seasons with an overall 34-5-3 record, as well as two SSAC regular season titles and one SSAC tournament title.

“I am already excited to get to work with the Chattanooga Lady Red Wolves to help bring success on the field, as well as enhancing the positive image of soccer throughout the Chattanooga community,” Sparks said. “I will be working tirelessly to achieve these goals and to ensure this exciting new club maintains its already positive and growing reputation.”