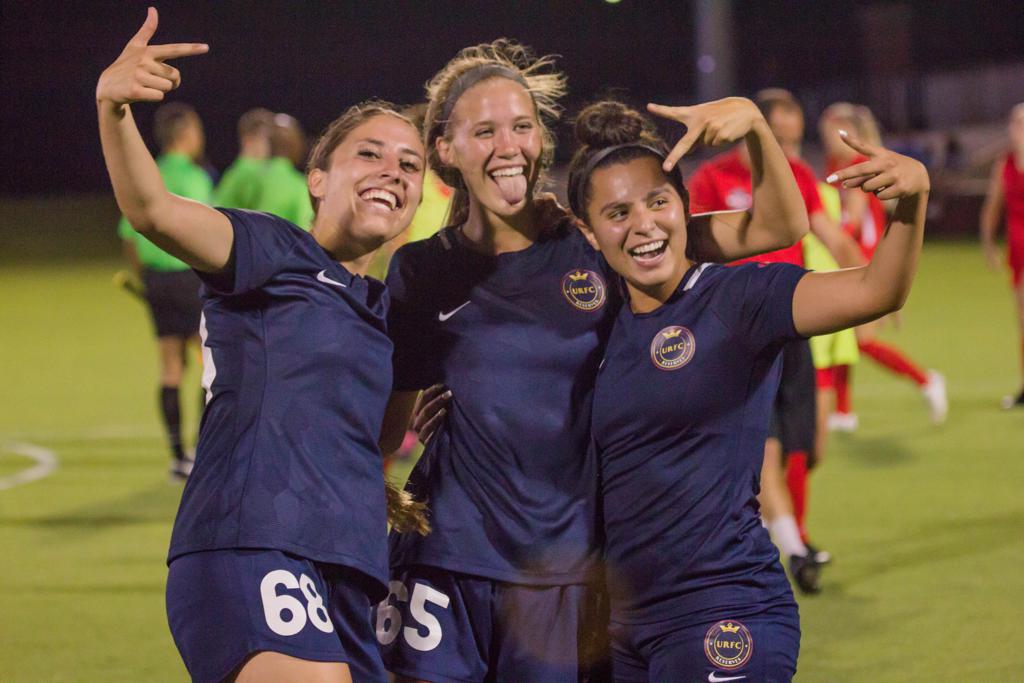 STILLWATER, Oklahoma — In the second of two Friday semifinal matches, the Utah Royals FC Reserves came out on top of Motor City FC after winning a thrilling game that came down to penalty kicks.

Utah’s lone goal in the run of play came in the fourth minute when Amber Marshall finished a set-piece rebound to put her team up 1-0.

Royals coach Amy Lepeilbet viewed Marshall’s goal as a critical moment in the match, even though it came with 86 minutes remaining in regulation.

“It’s hard scoring against a good team,” Lepeilbet said. “For Amber to put a goal away for us early really added to the team’s confidence.”

The two teams battled through a highly contested first half, and in the 27th minute Motor City was able to tie the game up on a costly mistake resulted in Motor City FC’s Yujie Zhao dribbling deep into the box and forcing a Royals’ own goal off Danika Serassio.

Unsurprisingly, neither team was able to find the back of the net in the second half, and regulation came to an end with the teams knotted up at one goal apiece. Lepeilbet was thoroughly impressed by her team’s ability to remain composed as the squads prepared for the first overtime period.

“The team was very focused and had a lot of belief in each other going into overtime,” Lepeilbet said. “They were ready to do whatever it took to get the result.”

For much of both overtime periods, Utah defended against an aggressive Motor City attack. Motor City players were consistently able to find space on the wings and provide service into the box, yet every ball was answered with a defensive clearance.

At the end of the second 15-minute overtime period, the teams took to the sideline to prepare for penalties. Much as she has all season, Royals’ goalkeeper Kaytlin Bradley proved up to the task.

“Kaytlin is a steady presence for us, and she has stepped up big in key moments for us all season long,” Lepeilbet said.

Bradley made a fantastic save on Alexa Spaanstra during Motor City’s second penalty attempt putting Utah in the driver’s seat for the remainder of the night. The next Motor City penalty kick, Bradley made a decisive move to the left and forced Zhao to pull her attempt wide of the goal.

With the Royals in control, forward Hailey North walked up to the penalty spot and calmly struck the ball into the right upper-ninety, earning Utah a spot in Sunday’s WPSL final.

“I was so happy for the team when Hailey put that final penalty away,” Lepeilbet said. “This team has so much heart, and they fought so hard today. I’m just so incredibly proud of them.”